The Beatles. The year 1964. They started touring the world when that tsunami of massive fan adulation swept us off our feet and called it 'Beatlemania'. All that we have now are black and white, fading photos and video footage, up until 1964 The Tribute came along… Fans of all generations, the press, and music critics are all saying "yeah, yeah, yeah!" to Beatles tribute band – 1964. It's the closest, the next best band to recreate the magic and the mania that all started in 1964. And yes, 1964 is on a touring streak and is bound recreate and make this quintessential moment in history come alive onstage at the Red Rocks Amphitheater on Friday 23rd August 2019. All you need is love, and a ticket to ride to step into this time machine of sorts and take you to a night where you can twist and shout, rollover Beethoven, let your hair down after a hard day's night, or simply pour out all your lovin' to this wonderful journey back in time. Book your tickets now! 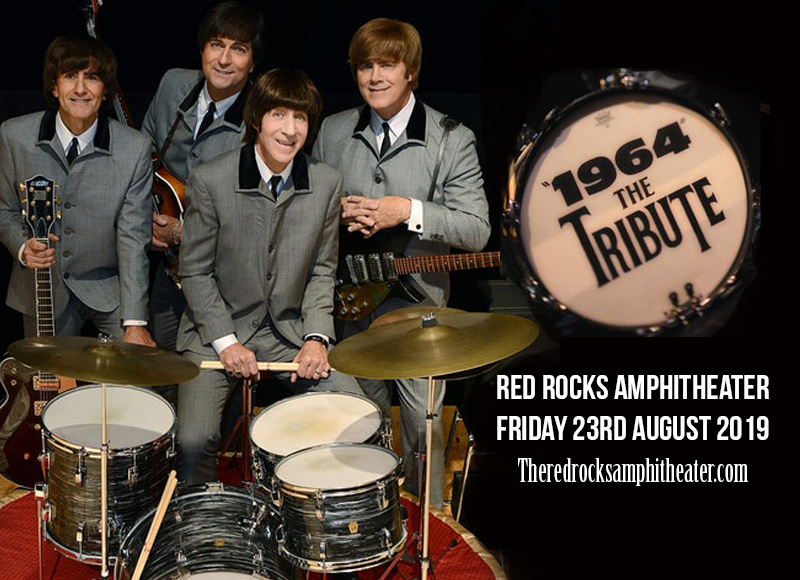 In 1984, 1964 was born. Yes, it's been thirty years since this Beatles tribute band who call themselves 1964, has been painstakingly recreating and reliving the magical phenomenon called Beatlemania with precision and accuracy. Fans are unanimous in saying that they nail it each time and in every little way, that they can't help getting goosies all over. The likeness to the Beatles is eerily uncanny. As some press would put it, 1964 is the legit way to "experience a Beatles concert the way it was performed 50 years ago".

1964 has been playing as The Beatles for over 30 years not only in top-tier venues worldwide but also graced numerous television programs and news channels and PBS specials.

Rolling Stone magazine calls them "the best Beatles tribute on Earth". And this you've got to see and experience for yourself.