Rolling Stone Magazine has called them the "Best Beatles Tribute on Earth". This is for those who have never seen The Beatles live, or perhaps were not even walking here on earth during that time, 1964 The Tribute is the closest thing you'll ever get. 1964 The Tribute will be playing the Red Rocks Amphitheater on Thursday 20th August 2020. Boomers are thrilled but expect to see new and younger faces amongst the crowd. Hence the demand for tickets has been escalating through the years. Get the digital advantage. Book your tickets by simply clicking on the 'get tickets' link on this website. So roll up to make a reservation, get that ticket to ride, and let this magical mystery tour by 1964 The Tribute take you away and take you back to the most quintessential moment in rock music history! 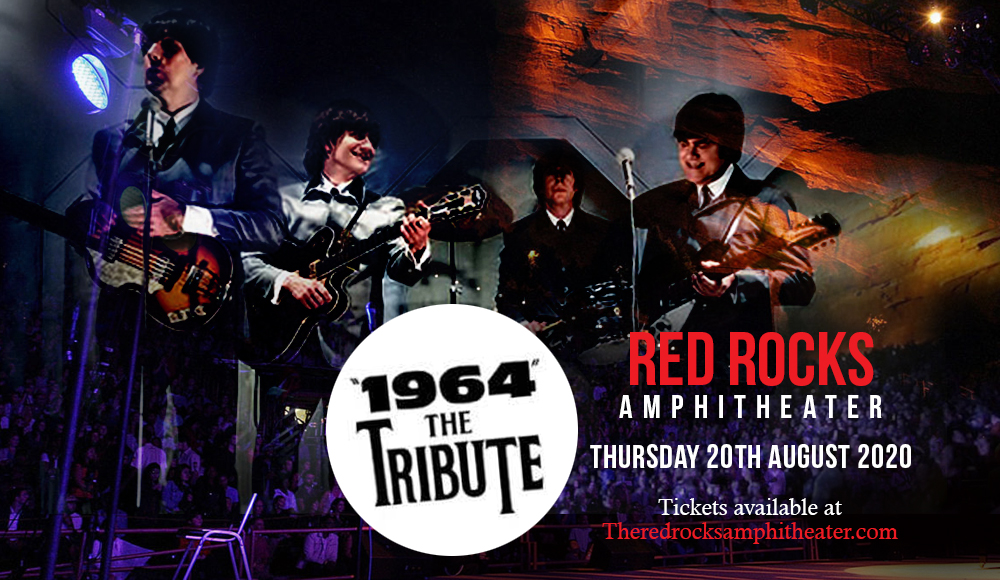 It's the year 2020, yet 1964 The Tribute still forge on with their mission of accurately re-creating the 1964 Beatles invasion of America. The "concept is performing a show that gives you an idea of what it was like to see the Beatles when they were touring," says Mark Benson, original cast member who portrays John Lennon.

And it has always been "mission accomplished" — as affirmed by Rolling Stone Magazine pronouncing them as the "Best Beatles Tribute on Earth". This show is not only about getting 4 guys, 3 guitars, and a drum set playing Beatles' songs. 1964 The Tribute is backed by a full-blown production team who have done extensive research in recreating that magical era with period instruments, clothing, hairstyles, onstage banter, and dedication hours upon hours of keen observation and practice in order to capture the sounds, the spirit, and the "mania" in the phenomenon called 'Beatlemania'. 1964 The Tribute has meticulously succeeded that their performances are marked with artful precision and unerring accuracy.

You've got to be there to experience why people are twisting and shouting their hearts out. Book your tickets now!