With a resounding 'yeah, yeah, yeah!', 1964 was indeed an exuberant year — the beginnings of what we now call as 'Beatlemania'. We only now see flashes of 1964 through pictures and battered quality videos…But if you want to experience the "mania" of that golden era, 1964 The Tribute has made it all possible. Yeah, yeah, yeah! 1964 The Tribute is happening at the Red Rocks Amphitheater on Thursday 25th August 2022. With a stamp of approval and distinction from Rolling Stone no less, declaring it as the "Best Beatles Tribute on Earth"! Or let's just say this is the concert where you can actually hear the band play, yet experience and re-live the same intense and exhilarating mania that happened some 58 years ago today! Don't miss it; get your tickets now! 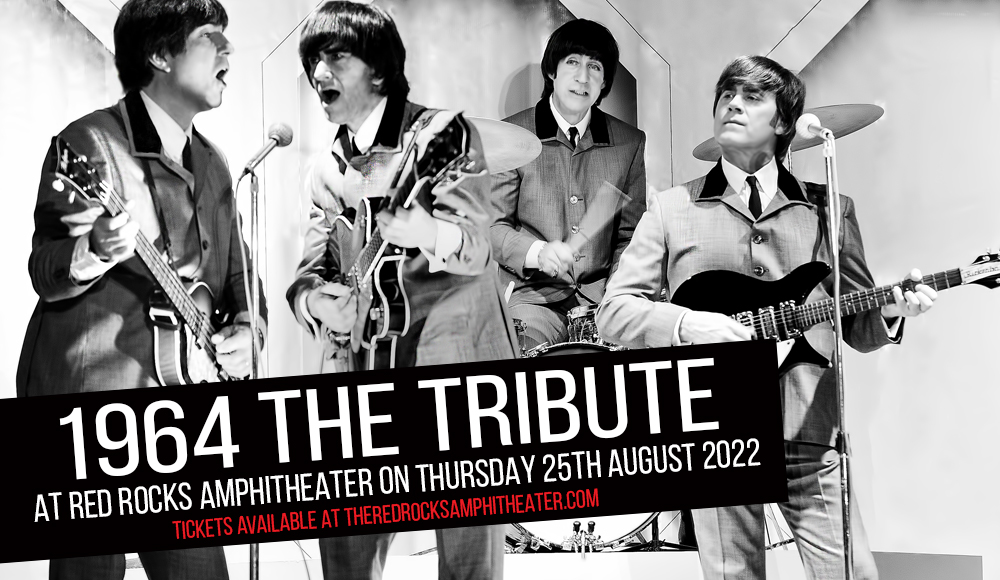 1964 was when it all happened. The Beatles came to America and conquered the world. It was mayhem and mania over 4 guys, 3 guitars, and a drum set, and with a bunch of truly catchy, endearing, and enthralling songs. And all the crowd could do to express the overwhelming and unexplainable burst of emotion was to sing along with the infectious choruses of "yeah, yeah, yeah", and scream their lungs and hearts out.

More than 50 years on, Beatle fans of multiple generations are still yearning for that quintessential moment in history — The Beatles touring years, so to speak. 1964 The Tribute is a meticulous recreation of that "magic" to re-stage, relive, and allow fans to re-experience the live Beatles' performances with artful precision and close-to-the-real-thing accuracy.

The "concept is performing a show that gives you an idea of what it was like to see the Beatles when they were touring," says Mark Benson, the actor-musician who performs as John Lennon. "It's definitely a music gig, but there's an acting element to it," says Tom Work as George Harrison. "None of us is really an actor per se. I probably come closest because I've done some plays, just in community theater. But there's some acting. You need to adopt the body language, the speaking voice. Those two things, I guess, for this kind of a role are two aspects that resemble acting. Everything else is more musicianship and vocal impersonation — singing, I mean."

The mop-top hairstyles, the dapper vintage suits, and customized Beatle-concert outfits, plus the onstage mannerisms, accents other signature Beatles nuances, were results of careful research, rehearsals, and thousands of hours of stage performances, making “1964” craft masters in bringing the essence of the Beatles to life, on the live stage — here and now.