Recreating the early 60s live Beatles concert experience, with period instruments, clothing, hairstyles, and onstage banter. 1964 The Tribute comes to Red Rocks Amphitheater on Thursday 24th August 2023 and you better be there for the ultimate Beatles experience! So, hunt through your closets for your bell bottom jeans and tie-dye Ts, grab some tickets and get ready for Beatlemania all over again! They recreate all the Beatles' songs as accurately as possible, and although occasionally performing newer songs, their concerts are mostly focused on the 1964 American invasion. 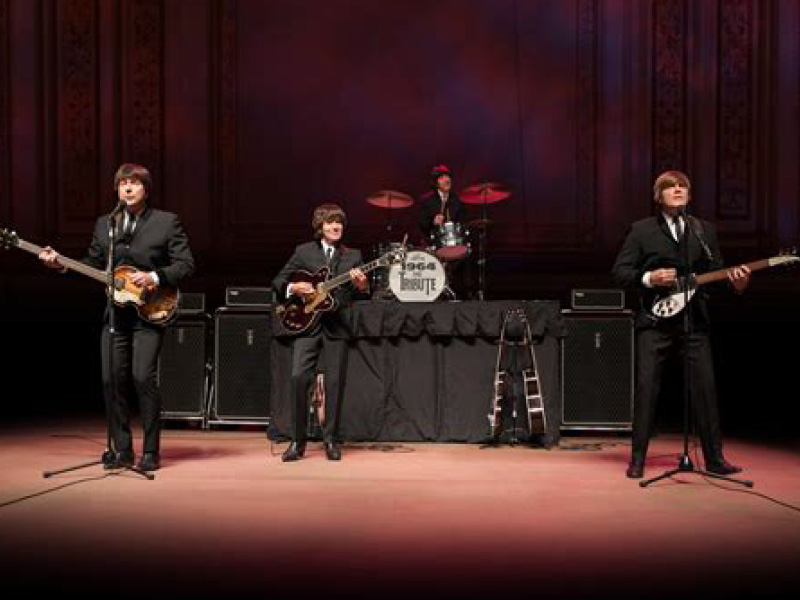 1964 the Tribute is a band that was established in 1984 as a tribute to the band the Beatles. The sound quality and the duration of their performances are two aspects in which they differ, even though they all make an effort to be as accurate as possible in their interpretation of the music of the Beatles. The Beatles' early performances consisted of two sets that lasted for a total of 30 minutes each, and they never performed encores. In contrast, the 1964 Tribute band plays two sets that last for a total of 45 minutes each. They insist that they gave the 30-minute performances a go, but found that they were lacking in some way.

The band has stated its purpose as being to precisely re-create the Beatles' invasion of America in 1964 in an effort to preserve the authenticity of the original Beatles. The members perform an entire set of early Beatles music, with some songs from the middle Beatles tossed in for good measure. Sometimes the band members dress in outfits that are reproductions of what they wore to the concert at Shea Stadium in 1965, while other times the clothes represent the early era of the Beatles' career. "The objective is to present a show that gives you an impression of what it was like to see the Beatles while they were touring," according to the description of the show.