Listeners of A Prairie Home Companion now have a reason to celebrate as Garrison Keillor takes the show to Colorado – live on stage at the Red Rocks Amphitheater on Monday, 2nd May 2022. Your favorite radio variety show can now be enjoyed in this rare revival event where Keillor is joined by iconic artists, including country music star Brad Paisley, soprano Ellie Dehn, Elvin Bishop’s Big Fun Trio, vocalist Heather Masse, and many more. A Prairie Home Companion creator Garrison Keillor prepared the show to have humor, music, and the audience can sing along to their favorite songs. So if you were listening weekly to A Prairie Home Companion, here’s your chance to see Keillor and his guests perform live on stage at the Red Rocks! 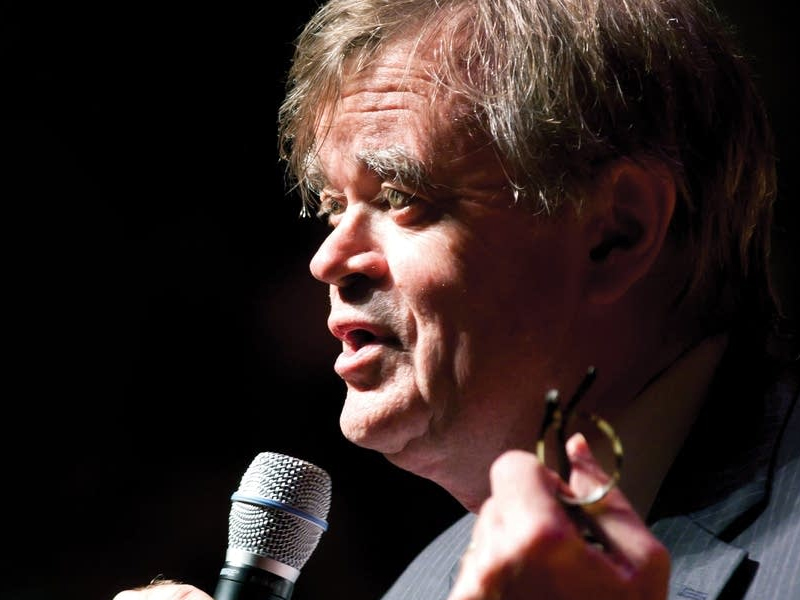 A Prairie Home Companion was an iconic radio variety show that aired until 2016 — hosted and created by Garrison Keillor. The show was later succeeded by musician Chris Thile and was renamed Live From Here. The show's longevity was thanks in part to Keillor, whose tongue-in-cheek sense of humor, coupled with musical guests, kept listeners entertained for decades. The show was so compelling that it inspired a film of the same name. The film, written and directed by Keillor, is a fictional representation of what goes on behind the scenes at the radio show.

The show has had some hiatuses from 1974 to 2016. However, Keillor would always return and revive the show due to public demand. In 1987, Keillor took a two-year break after hosting the “final” episode. The show was replaced by Noah Adam’s Good Evening. In 1989, the Keillor made his awaited return and hosted a show titled, The American Radio Company of the Air. The new program had a similar format to A Prairie Home Companion, with humorous sketches and musical guests. By 1993, the show officially returned to its original name, A Prairie Home Companion, and format.

The show had a significant impact on listeners and artists because it featured folk and country music and other genres like blues, bluegrass, and gospel. Today, A Prairie Home Companion can be heard through its archives at https://www.prairiehome.org.

So, come on down to the Red Rocks Amphitheater on Monday, 2nd May. "We’ve heard enough about despair, let’s take a night in the Colorado mountains to have a big-time with Brad Paisley, Elvin Bishop, Ellie Dehn, the Guy’s All-Star Shoe Band, our Actors, Heather Masse, and the host himself who is very happy to be turning 80,” Keillor said. "So let’s get our chins up and sing about the beauty of the land and the rainbow our people were looking for, the rivers they crossed, their high hopes for their kids."