Live from across the pond, Above & Beyond! coming to Red Rocks Amphitheater on Friday 20th September 2019. Get those boob tubes and whistles ready and bring all your mates for some proper British electronica! Buy your tickets now! 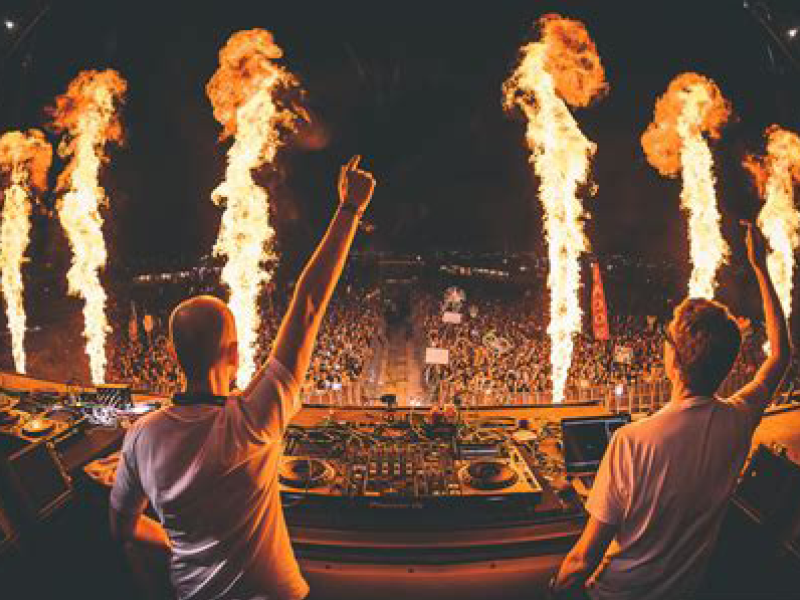 Above and Beyond are Jono Grant, Tony McGuiness, and Paavo Siljamäki. A British EDM group formed in London, UK. “Tri-State” which shook up the EDM and trance music industry. They received much love and attention in the UK and from ULTRA festival site, Miami, FL. The single “Air For Life” was concluded to be Tune of the Year by the radio show “State of Trance.” The following year “Good for Me” featuring Zoë Johnston was declared Tune of the Year for 2006. The song “Alone Tonight” with Richard Bedford won the best trance track of 2006 at the 22nd International Dance Music Awards in Miami. The group was fundamentally known to produce remixes of hit songs, notably “What It Feels Like For a Girl” by Madonna in 2001. At the time, they also worked with artists Adamski, Fragma, Delerium, and Japanese artist Ayumi Hamaski. Madonna commissioned the trio to remix another song “Nobody Knows Me.”

“Above & Beyond does not create what you would think to be as just "electronic music", the group took their talents and their intelligence with instruments, singing, and their interests in electronic music to form something that really is Above & Beyond. The lyrics and melodies formed in a song promote one thing more than anything, love, pure love, the kind of love that stays with you over time. The group has the upmost capability, through what they do best, to completely transform ones outlook on life and the things around them.”