You are falling… falling and spinning… falling into wonderland. You are in a strange land, but you have been here before, and you know what you need to do… you must travel to the temple. Alison Wonderland: Temple of Wonderland comes to Red Rocks Amphitheater on Tuesday, September 14th 2021 with special guests Sidepiece, Elohim and Memba. Worship at the Temple of Wonderland, feel the beat move through you, the waves of bass pass over the crowd, lights flash across the sky and the crowd becomes one, all moving together, all breathing together, all worshiping as one. Buy your tickets now for the biggest EDM church service this side of Zion! 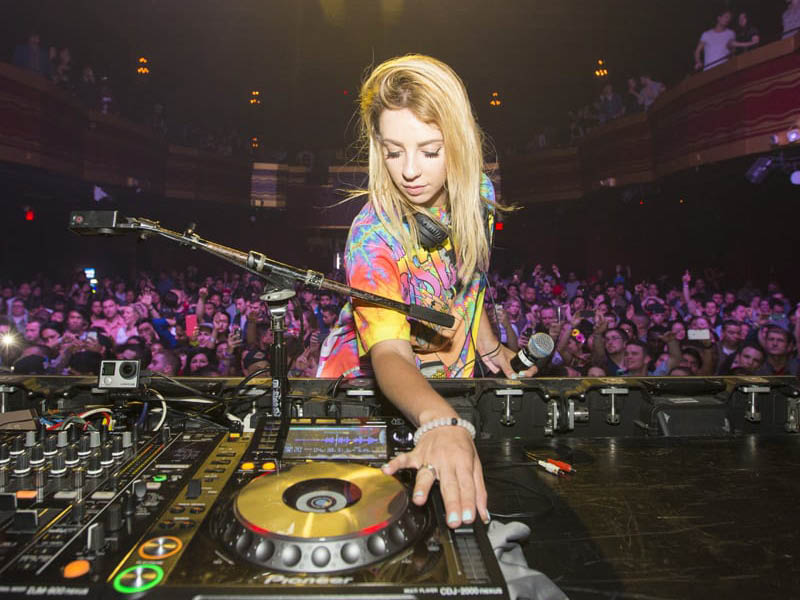 EDM producer, DJ, and singer Alexandra Margo Sholler is Alison Wonderland, a classically trained musician known for her event like live shows where she often jumps between spinning the tables to singing right out in front and brings out her classical instruments to enliven the show, adding that extra bit of special with a perfectly synchronized light show. She hails from down under, where her debut album, Run, was released in 2015, and peaked at No. 6 on the ARIA Albums Chart and was certified gold by ARIA. Alison really hit the big time with her second album, Awake, coming in at No. 1 on Billboard's Top Dance/Electronic Albums. You can expect an awesome show this year at Red Rocks as Alison has a third album in the works, and it is due out at some point this year. So far in her career she has been given one Electronic Music Award, one George FM Georgie Award and one Billboard Dance Award. She was listed at No. 96 on DJ Mag's Top 100 DJs in October 2018 and is also the highest billed female DJ in Coachella history.