Praise EDM! Are you ready to go to Temple?! The Temple Of Wonderland with Alison Wonderland, Valentino Khan, 1788-L, and Jon Casey at the church in the sky, Red Rocks Amphitheater on Friday, October 7th 2022. Yes! It’s that time of year again, Alison Wonderland’s annual takeover and immense EDM celebration, last year this happened over 2 days in September and both days sold out, check out the video below to see haw awesome it was… Now, this year is going to be even better! Grab some tickets now, plus Alison’s brand-new album, now has a name and is out! 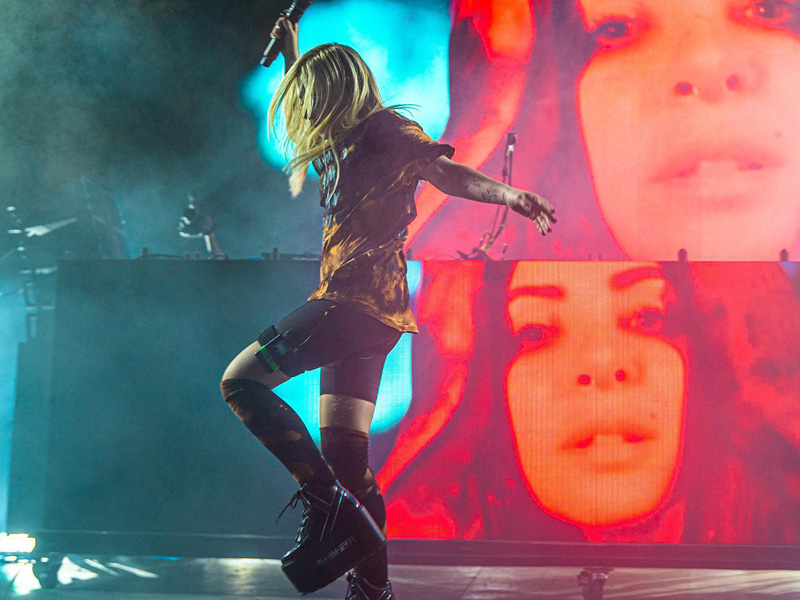 Alison Wonderland’s brand new and third studio album, Loner, came out in May 2022 four years after her previous dance chart topping album, Awake. Loner was preceded by the singles, "Bad Things", "Fuck U Love U", "Fear of Dying", "New Day" and "Forever", and is her third entry on the Top 5 dance chart, as well as number 38 on the Top Sales, number 15 on the New Zealand Albums, and number 9 on the Australian Albums charts.

In an interview with Rolling Stone Magazine, Wonderland said that the COVID-19 pandemic halting events around the world in 2020 left her feeling "entirely alone" and as if she "had hit her rock bottom". She eventually returned to recording music as a "way to move forward", taking inspiration from her previous albums to "work out where she's going" and to no longer "be the victim" in the stories she tells. Wonderland called Loner a "rebirth" as well as her "most positive album" and hoped that the album would "empower" listeners to "feel less alone".

All the way from the land down under, in Sydney, Australia, EDM producer, DJ, and singer Alexandra Margo Sholler is Alison Wonderland. She was Billboards 2018 winner of the Breakout Artist award. Alison is a classically trained musician known for her event like live shows where she often jumps between spinning the tables to singing right out in front and brings out her classical instruments to enliven the show, adding that extra bit of special with a perfectly synchronized light show.