Exciting news, alt-J fans!! The English band have just announced a world tour in support of their BRAND NEW upcoming album, “Relaxer”!! Kicking off in June, the band will play around Europe and finish off in the US, coming for an especially spectacular show at the Red Rocks Amphitheater on Monday 7th August 2017!! 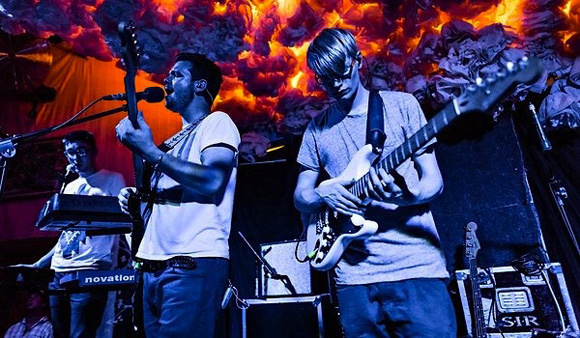 Hailing from Leeds, England, Alt-J was formed by Joe Newman, frontman, Gwil Sainsbury, bassist, keyboardist Gus Unger-Hamilton and Thom Green, drummer, when they met at univeristy in 2009. Meticulous from the start, they spent the next two years carefully honing their skills and crafting their sound before signing a deal with Infectious Records.

Their debut album, “An Awesome Wave,” truly took the public by storm, hitting 13th position on the UK albums chart and also charting in various other European countries. It featured the hugely popular songs “Matilda,” Fitzpleasure,” “Breezeblocks,” and “Tessellate,” going on to win the Barclaycard Mercury Price in 2012, causing sales to skyrocket. In 2013, it won the Ivor Novello Award for Album of the Year. By 2013, the album had earned platinum status, with shipments exceeding 300,000. Critical praise was lavish, with Jenny Stevens of NME stating that the band "have messed with the formula just enough to make this a brilliantly disquieting debut… in refusing to submit to the rigours of a genre, they might just have made themselves masters of their own." Their second album, “This Is All Yours,” went straight to number one, to nobody's surprise.

Listen to the brand new single from the forthcoming album below, but don't delay too long – tickets to see Alt-J are going to disappear before you can blink!!