Two of the biggest names in hiphop right now have hooked up for a banger of a tour! ASAP Rocky & Tyler The Creator have released 9 North American dates so far for the Rocky and Tyler Tour, and they'll be heading to Red Rocks Amphitheater on Wednesday 30th September, for a night sick beats, tight flow and chart-topping hits!!! 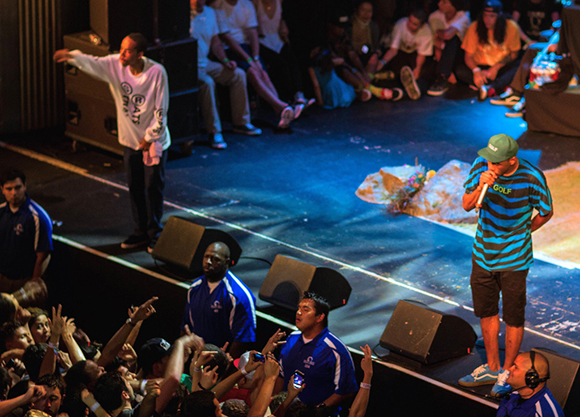 A$AP Rocky joined A$AP Mob in 2007 – a Harlem-based collective of rappers, producers, music video directors, fashion designers, and bikers. Four years later he released the mixtape Live. Love. ASAP to critical acclaim and signed a two-year, $3 million record deal with RCA Records and Polo Grounds Music, and started his own label, A$AP Worldwide. Rocky's debut album Long. Live. ASAP was released in January 2013, peaking at number 1 in the US Billboard 200 and Top R&B/Hiphop Albums charts and by March 2015 was certified gold by the Recording Industry Association of America, for the shipment of 500,000 copies in the United States. His eagerly awaited second album At. Long. Last. ASAP debuted at number one on the Billboard 200, selling 116,000 copies in the United States. The album spent two more weeks in the Billboard 200's top ten and also spent four weeks at number one on the Top R&B/Hip-Hop Albums Chart.