The Hiphop duo have arrived!! Atmosphere will be coming LIVE to Red Rocks Amphitheater on Friday 31st August 2018! It's time to rush and grab tickets for the main event as the venue will be kicking off on this summer evening… Their popular shows bring the energy each and every time so whatever you do – don't miss out! Tickets are available now but won't stick around for long! 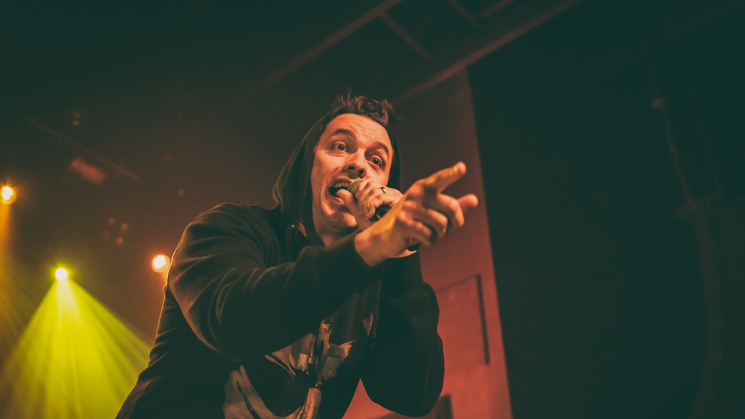 Atmosphere are one of the most energetic rap duo's on the scene right now, with their talented singles, they are a must-see for any Hiphop fan! These guys are of course, rapper Slug aka Sean Daley and the producer and talented DJ – Ant aka Anthony Davis. Together they have released albums such as Lucy Ford and taken the world by storm. Since their first debut, they have been a regular on tour act that so many fans are travelling far and wide to see, so if you love their music, this is the show for you!!

"The crowd is a heaving hip-hop dream inside the warehouse-style venue. Luminescent fog encircles raised fists like halos, pumping up toward the heavens. I weave through the crowd, skirting sprawling lines for drinks and merch. Using mad martial arts, I make my way to the front of the stage. The bass is so heavy I can feel my brain cells vibrating."