Get ready this Summer season to witness none other than Atmosphere as they come LIVE to Red Rocks Amphitheater on Saturday 29th August 2020! The unstoppable Hiphop duo will be bringing all of their biggest material to the stage at Red Rocks for a special concert experience! Atmosphere never fail to bring the hype – grab your tickets for a night that you will never forget! 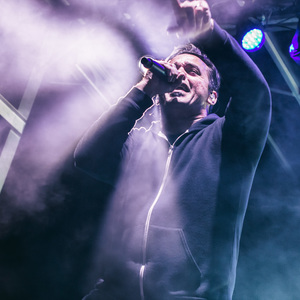 Starting all the way back in 1996, Atmosphere grabbed the attention from Hiphop lovers all around the globe and quickly became an international name. With their now impressive nine studio albums released to date, Atmosphere have given plenty of material to get behind with distinctive rhymes and rhythms. The duo rapper Slug (Sean Daley) and the DJ/producer Ant (Anthony Davis) have worked together to form a unique act over the years and remain to be one of the most exciting groups, with their extensive tours, Atmosphere always succeed in giving a sell out concert to each and every venue they perform to.

Atmosphere are known for their unique lyrical content which they've represented through their long list of albums from their first studio release in 1997 Before Overcast! Right though to the 2000's with God Loves Ugly (2002), Seven's Travels (2003), The Family Sign (2011), Southsiders (2014) along with others. Their most recent record Whenever dropped in 2019 and has spun their name back into the limelight as it has given their long standing and dedicated fan base fresh material to enjoy.

Along with their latest album release in 2019, Atmosphere have announced that they will be heading back out on the road for the summer of 2020 to bring their best loved material to the stages across North America, along with highlights from their newest record!

With so much hype surrounding Atmosphere and their upcoming tour, fans are encouraged to grab tickets as soon as possible as there's no doubt in mind that Atmosphere will once again sell out.

Ready to catch your favorite name in Hiphop in the heart of the summer at the atmospheric Red Rocks Amphitheater?! Book your tickets and get prepared as everything you've heard about Atmosphere is true – it's going to be a powerful night full of energy and long lasting memories!