Atmosphere and Lupe Fiasco come to Red Rocks Amphitheater on Sunday, August 28th 2022 with support sets from The Far Side, DJ Abilities, SA-ROC and Sol Messiah. Grab some tickets and come on up to the Jam in the high place, a supreme mix of soul, funk, rock, reggae, all mixed into the wizardry of hip-hop. At its essence, Atmosphere have been musical shepherds, and with each new album they bring a new journey as they guide generations of listeners through this thing called life, and now, their latest album, WORD?, brings the duo full circle and back to their roots. 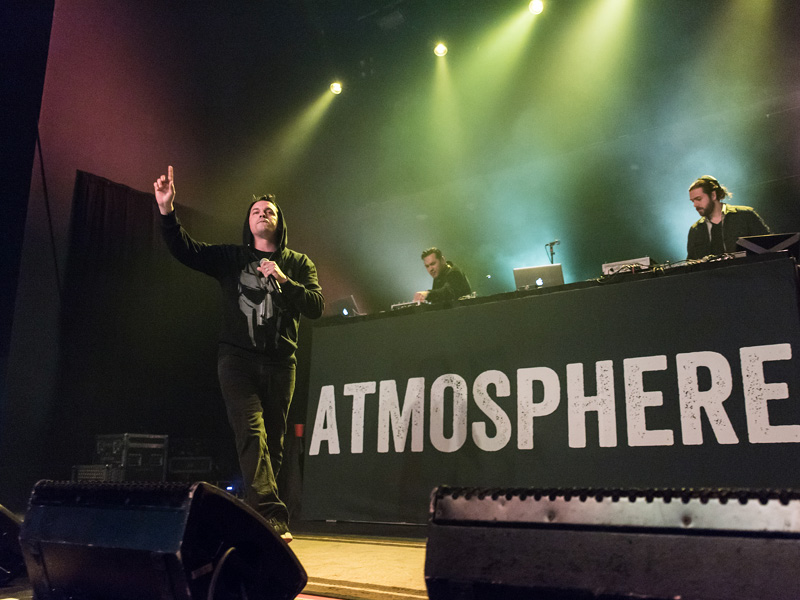 All the way from Minneapolis, Minnesota, the hip hop duo, Atmosphere, is rapper Sean “Slug” Daley and DJ and producer Anthony “Ant” Davis. The duo formed in 1996 and have since released twelve studio albums and ten extended plays, their latest is the distorted-synth-driven concept album, The Day Before Halloween, which they unironically released on the day before Halloween, October 30, 2020. They followed that with an album that hearkens back to the Atmosphere of the past, WORD?, gets the duo steering back toward their original signature sound. The album released on October 8th 2021 with Under The Radar stating that the “songs are OG Atmosphere and definitely keep things interesting. WORD? Successfully proves that Atmosphere still have the chops to pull off a compelling record.”

From Chicago, Wasalu Muhammad Jaco, is the rapper, singer, record producer, and entrepreneur, Lupe Fiasco. He rose to fame in 2006 following the success of his debut album, Lupe Fiasco's Food & Liquor, which received three Grammy nominations. Lupe has released more than four acclaimed studio albums; his latest being, Drogas Wave, which was released in the fall of 2018, as the second part of a planned trilogy of albums with, Drogas Light, as its predecessor and eventually followed by, Skulls.