Barenaked Ladies are taking their quirky brand of comedic alt-rock on the road again for their Last Summer on Earth 2016 Tour! This year, the off-the-wall Canadian quartet are bringing with them British synthpop heroes Orchestral Manoeuvres In The Dark & 80s legend Howard Jones for a night of quality, uplifting music that will make you smile! The crew comes to Red Rocks Amphitheater on Sunday 5th June! 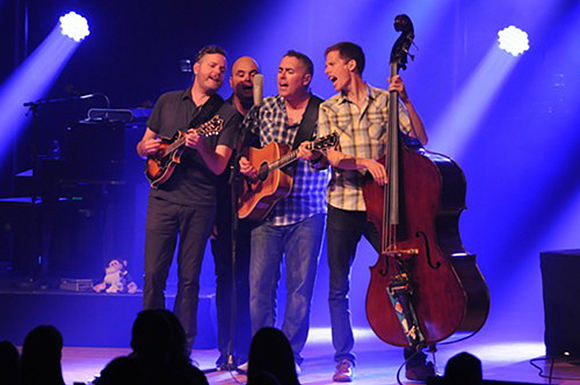 Formed in 1988 in Scarborough, Ontario, Barenaked Ladies are a Canadian alternative rock band. Known for their witty interludes and improvised raps/songs between sets, the band's music has evolved greatly over the years from being strictly acoustic to taking influence from a broad range of genres including pop, rock and hiphop. An instant mainstream success in their home country, it wasn't until a decade after their inception that the band became popular in the US with the release of their fourth studio album Stunt and its hit single “One Week”. In 2007, co-founder, singer and guitarist Ed Robertson wrote the theme tune to the hit comedy show The Big Bang Theory. The group has sold over 15 million records including albums and singles.