Jump and down to the music of two of the most in-demand DJs in the world today: Bear Grillz and DJ Diesel. Your favorite masked DJ will team up with DJ Diesel (retired NBA Legend Shaquille O'Neal) to ignite the Red Rocks Amphitheater this November 6. Turn your boring Sunday into a fun-filled evening in the iconic Colorado venue by joining the party these two dubstep DJs lead, which will be packed with massive, heavy-hitting bass music. With other DJs, including Midnight Tyrannosaurus, Stoned Level, Muerte, and Stryer, Red Rocks will become a haven of superior EDM music that will make everyone jump and dance in excitement. Don't miss this incredible lineup of artists to come to Red Rocks! Grab your tickets now! 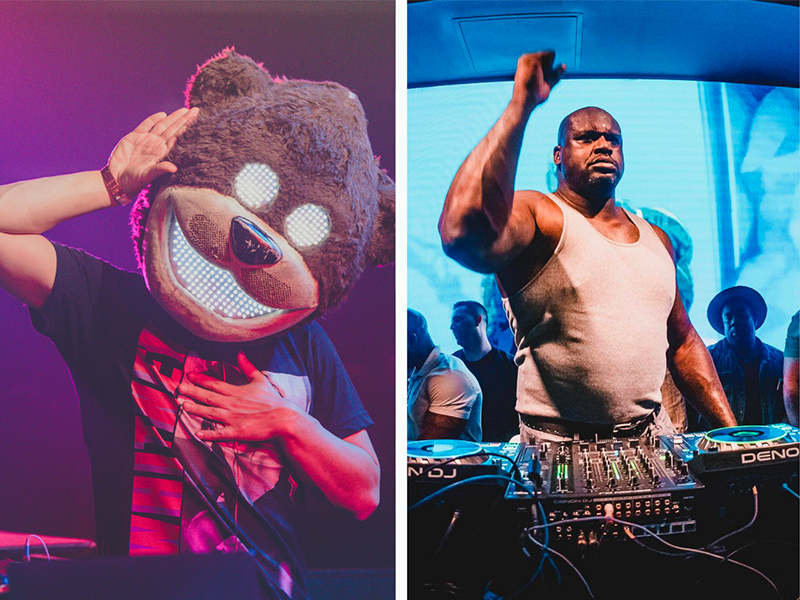 Bear Grillz's fast rise to EDM stardom is built through hard work and passion for the music he is creating. 2016 was the year he made it big, hitting number 1 in Beatport and going international for tours. His sound has never stopped being in demand ever since because of how explosive and extremely energetic his style is. Earlier this year, he finally took off his bear mask and revealed to everyone who the talented DJ has been all these years.

On the other hand, who would have thought that the basketball icon, four-time NBA champion, and three-time NBA MVP Shaquille O'Neal or DJ Diesel is as skillful on the stage as he is on the court? In the 1980s, before his popularity as a basketball player, he was DJing, and after his long career in NBA, he is back on it. Since 2015, his lively electronic music has lit up many cities.

Bear Grillz and DJ Diesel's hard-hitting bass music should not be missed. This year, the two dubstep DJs have collaborated for many shows, and they are going big this time. With great excitement, the two will headline a concert at the Red Rocks Amphitheater in Morrison, Colorado, on Sunday, November 6. Joining them are dubstep DJs Midnight Tyrannosaurus, Stoned Level, Muerte, and Stryer. Get ready to be blown away, and buy tickets now!