Indie pop singer-songwriters Ben Folds and Ingrid Michaelson come together with The Colorado Symphony for an incredibly special night! Having toured the world for much of the last year performing the three-movement concerto with renowned symphony orchestras, multi-platinum piano pop maestro Folds now teams up with the half-Swedish songstress for a night of phenomenal music. See it all at Red Rocks Amphitheater on Sunday 21st June! 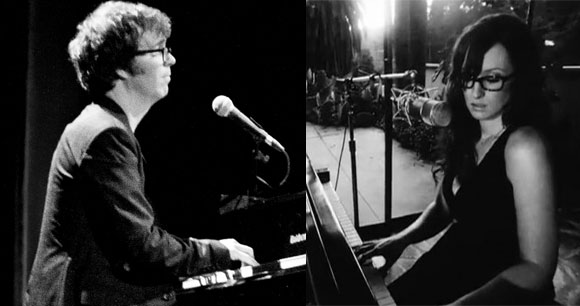 Benjamin Scott "Ben" Folds is an American singer, songwriter, producer, multi-instrumentalist and frontman and pianist of alt rock band Ben Folds Five. Folds had several stints playing with different bands in his North Carolina home town in the late 1980s/early 1990s as either a bassist or drummer. After a spell as a session drummer in Nashville for Power Bill, a period attending the University of Miami's Frost School of Music on a percussion scholarship, and a time pursuing acting in New Jersey, Folds moved back to North Carolina and formed Ben Folds Five in 1994. Their big break came when they signed to Columbia and released their self-titled debut in 1995. Throughout the years, Ben Folds Five have released four studio albums, and Folds has released three as a solo artist, as well as being involved with several collaborations with fellow creators including, Nick Hornby, Amanda Palmer, Neil Gaiman and Damian Kulash.