The eclectic, soulful blues' musician Ben Harper, playing live at Red Rocks Amphitheater on Monday, May 31st 2021. Ben Harper’s brand-new album is out, Winter Is For Lovers, this is the best time to come and listen to some new tunes played exactly how they were intended. It’s the very last night of May, spring is almost over and summer 2021 is certainly looking a lot better than things did this time last year, so, grab some friends and come outside, listen to the soulful melodies being played by the extremely talented Ben Harper. What could possibly be better than this on a Monday night? 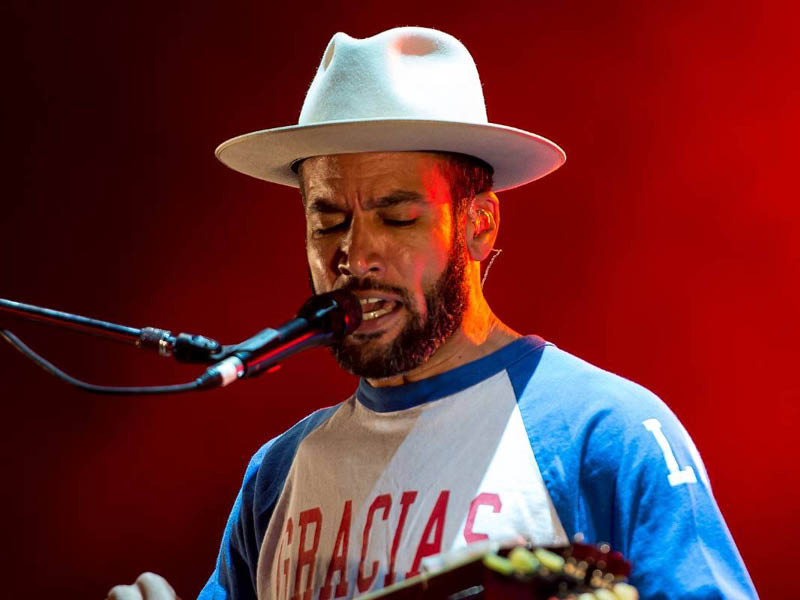 Benjamin Chase Harper, from Pomona, California, plays an eclectic mix of blues, folk, soul, reggae, and rock music, he is a three-time Grammy Award winner and seven-time nominee, with awards for Best Pop Instrumental Performance and Best Traditional Soul Gospel Album in 2004 and Best Blues Album in 2013. He has released twelve regular studio albums, but also writes, produces and plays for other huge musicians, The Blind Boys of Alabama, Relentless7, Vanessa da Mata, Fistful of Mercy, Natalie Maines of the Dixie Chicks, Charlie Musselwhite, The Innocent Criminals, Pearl Jam, and Jack Johnson to name-drop just a few. Harper supports Little Kids Rock, a national non-profit organization that works to restore and revitalize music education in disadvantaged U.S. public schools.
His latest album, Winter is For Lovers, an album recorded with solo Monteleone lap steel songs. "It started out as an exploration of steel guitar," Harper told Acoustic Guitar magazine in a 2020 interview, "Winter Is for Lovers is written as one piece of music; let’s define that in the way that the old classical guitarists would have, on a single guitar.”