The hilarious comedic machinations of Bert "The Machine" Kreischer will rock the iconic Red Rocks Amphitheater this September 13, Tuesday. The American stand-up comedian Bert Kreischer will bring his "The Berty Boy Tour" to Morrison, Colorado, for a night of unapologetic comedy filled with rants and funny commentaries on everyday life. Joined by comedians Mark Normand and Shane Gillis, the 49-year-old comedian will entertain the crowd with all-new comedic acts that will genuinely make everyone at Red Rocks laugh hysterically. If you are down for an evening of silliness and genuine fun, book your tickets now and prepare to be rocked by the one and only Bert Kreischer. 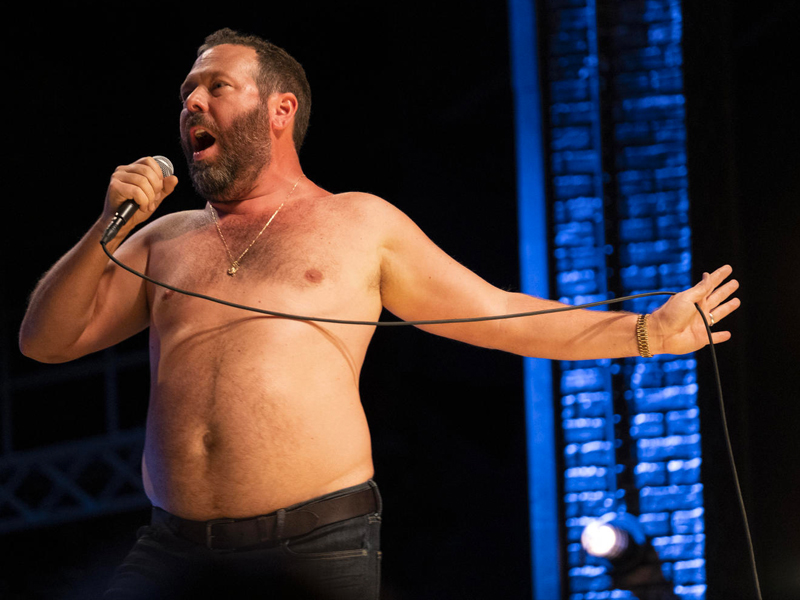 Bert Kreischer was in his sixth year as an English major at Florida State University when he caught the attention of Rolling Stone, becoming the focus of a six-page article entitled "Bert Kreischer: The Undergraduate." The article chronicles his wild party life in The Princeton Review's "top party school of the country." His absurd and funny story in the magazine earned him "the top partyer at the Number One Party School in the country" title. His story blew up that a movie was made based on it starring Ryan Reynolds in 2002.

As his career grew fast, it did not take long for the party animal to become a fully-fledged stand-up comedian. Today, he is one of the best on the circuit. Bert, now known as "The Machine," has made many people laugh from the stories of his shenanigans that are outright hilarious and outrageous. His skit on how he became "The Machine" is his most popular online. It tells his experience on a college trip to Russia and befriending Russian mafia members. His style of comedy has brought him much success not only in stand-up comedy but also in acting and hosting.

This year, the comedian will return to the road for his "The Berty Boy Tour Relapse," a continuation of his tour last 2021. Fans of Bert Kreischer in Morrison, Colorado, see him live and shirtless at the Red Rocks Amphitheater on Tuesday, September 13. In addition to the fun, comedians Mark Normand and Shane Gillis will join him. Now is the time to get your tickets before they sell out!