It's time to touch the sky with hiphop infused Livetronica group, Big Gigantic as they come to Red Rocks Amphitheater on Friday 25th September 2015!
Here to keep your dancing all night is Big Gigantic, their music combines elements of pumping bass lines, funky saxophone licks and electronic synth melodies, to craft live dubstep that brings back the summer festival feeling. Their winning combination that never disappoints! Get ready to JUMP! 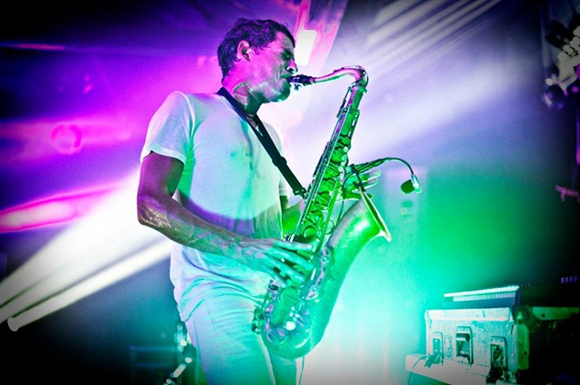 After graduating with a master's degree in jazz, Lalli began performing live with with Salken as a duo, they were playing around with the idea of combining dance infused DJ-based music with live instruments. Big Gigantic was then born, their music began to spread onto the scene in 2008 with local shows as well as a full US tour. They pioneered a new genre that distances itself from the traditional jam band's and became a modern version with dubstep influences throughout.

Big Gigantic's live shows are an incredible, vivid showcase of tight crunching rhythms and beautiful improvisation, the connection that these guys have on stage works to a T. Their skilled abilities means that they can alternate instruments in an effortless way, between saxophone to drums to laptops to keyboards, it's hard to believe there is only two members in the band.