You heard it right, Big Head Todd and The Monsters are returning for their almost annual kick ass show at Red Rocks. And once again they will be bringing their energy to perform their beloved classic 90's tracks to a sell out crowd! Get ready to be a part of this unforgettable show – it's going to be an amazing night!! 10.06.2017 – be there! 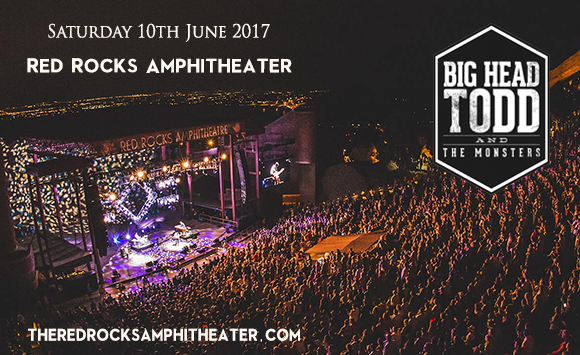 "Their trademark bluesy strut, weaving a setlist of rockers with standard blues tunes like John Lee Hooker's "Boom Boom", many utilizing Todd's 1932 Dobro. Big Head Todd classics ruled the night, satisfying veteran fans with spot-on versions of "Resignation Superman", "Vincent of Jersey", and "Broken Hearted Savior". Simply stated, so much of this band's catalog still holds up. I feel the same hearing them today as the first time I saw them in Lawrence, KS in 1993."