One of the hottest rising EDM artists who made electronic waves through his 2015 single "Aftergold" and 2019's debut record "Superdream", Big Wild is back to deliver his signature captivating live shows at Red Rocks Amphitheater on Thursday, 28th of July 2022. The man behind pulsating singles like "Touch", "City of Sound", "6’s to 9’s", and "Awaken" is set to lead the crowd into a night of euphoria. So, get ready to put your hands up and jump to the beat with a wild crowd fueled by Big Wild's sick beats live on stage. So, book those tickets now! 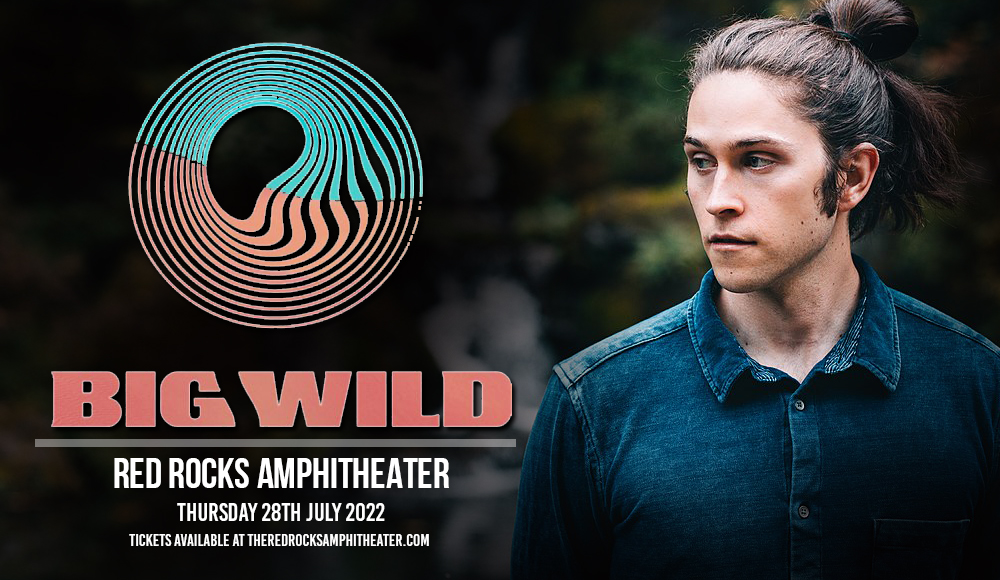 "I'm coming back to one of my favorite venues, Red Rocks," says Big Wild. "As always, we're working on making something special for you all. I hope to see you there."

Jackson Stell, or as EDM fans all know him, Big Wild, began making hip-hop beats in eighth grade. He started producing music in 2012, and took the stage name "J Beatz" doing hip-hop beats, prior to taking the electronic identity under Big Wild". From a composer for an ad agency, Big Wild moved to Los Angeles from his hometown in Massachusetts.

He self-released a number of singles from 2013 up to 2015's breakout Spotify Global Viral single, “Aftergold” featuring Tove Styrke.

"Aftergold sounds like a stroll through a jungle: there’s far-off echoes that you can’t quite place, subtle hums of happiness, dream-like harps, a melange of marimba and a complexity that leaves you wondering what’s around the corner of every beat." said VICE.

From leaving the advertising world in pursuit of producing electronic music, the advertising industry found him once again as "Aftergold" was used by Apple for an ad for the Apple Watch.

After making viral waves with "Aftergold", Big Wild found himself aiming for gold, amassing a following and then releasing his first EP "Invincible" in 2017, and a few months later, dropping his next EP "Empty Room" featuring Luna.

By 2019, Big Wild finally released his debut album "Superdream". "Superdream, is really easy love, the kind of album that makes itself a part of your life on first listen." says Billboard.

The album features fan-favorite tracks such as "City of Sound" – "The lyrics of “City of Sound” were almost a mantra for myself to give me confidence in the direction I was going in with my music, specifically my vocals and songwriting." says Big Wild. Another favorite is "6's to 9's" which Stell describes as "The numbers are a reference to having your world flipped upside down when the infatuation from love seems to take over your life."

As a rising electronic producer, composer, and vocalist, Big Wild is set to continue reaching for gold as he dazzles listeners with his captivating tracks, and alluring live performances where he usually switches between various instruments from drum pads, to synths, keyboards, and vocals. Fans are in for a wild show led by the one and only Big Wild at Red Rocks. Make sure to book your tickets now!