For a night that will wow your eyes and ears come to the Red Rocks Amphitheater on Thursday the 12th of May 2022 to watch Billy Strings play live. You can book your tickets NOW, so do it to avoid missing out. Renowned as a breakneck guitar picker, Strings’ intricate and articulate playing will leave you not believing your eyes as his fingers fly over the strings, producing twangy, complex tunes that touch on several issues we face as people. You will not regret taking the time to be at the Red Rocks Amphitheater on Thursday 12th May 2022 to watch Billy Strings play, so be there and book your seats. 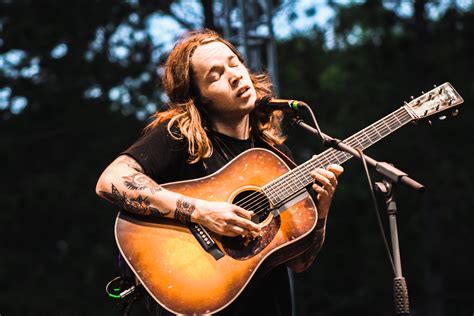 Billy Strings has gained a reputation for himself as a great Bluegrass musician, wowing other music heroes and audiences with his authentic and speedy playing. His album ‘Home’, released in 2019, is Strings’ most successful release to date, reaching number 1 on the Heatseekers Albums and Bluegrass Albums charts and was voted the International Bluegrass Music Association Guitar Player of the Year in Raleigh, North Carolina. Tracks such as ‘Running’, ‘Guitar Peace’ and ‘Hollow Heart’ marks Strings’ continuing creative journey, how he plays homage to American string-based music but also pushes boundaries. This album also won the Grammy for ‘Best Bluegrass Album’ at the 63rd Annual Grammy Awards, giving Strings’ confidence in his music. This can be seen in his latest release, ‘Renewal’, as he has writing credit on 13 out of the 16 tracks on this album. This album also shows a more honest, personal opinion, the imagery darker as he tackles issues such as relationship breakups and the great scheme of life, but his expressive vocals and optimistic thread that runs through the album does give a sense of renewal to the listener, and a sense of hope. Experience Billy Strings live and book your tickets for a night that you will remember forever.