Hip hop sensation Blackbear comes to Red Rocks Amphitheater on Friday 19th October 2018 for a night of innovative, confession, R&B-tinged tunes! The incredible artist, who is one of rap's rising stars, is constantly touted as "one to watch" and when he steps onto the stage, you can see why! Not only is he one of the talents behind Justin Bieber's smash hit single boyfriend, but the “idfc” singer is an astounding performer in his own right! Don't miss your chance to see one of hip-hop's most exciting voices live! 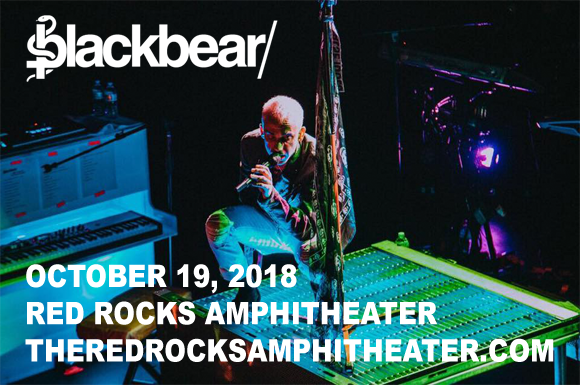 American hip-hop recording artist, singer, songwriter, and record producer Blackbear began his career in 2006 as the lead singer of Polaroid, a Florida-based rock band signed to Leakmob Recordings. After leaving the band, Blackbear embarked on a solo career and, upon moving to Atlanta, began to work with singer, songwriter and record producer Ne-Yo. Brightness, his debut EP, was released in 2008, followed by Contrast in 2009, and Exposure in 2010. Blackbear's first major hit was as co-writer of the Justin Bieber song “Boyfriend”, which reached number two on the Billboard Hot 100 in 2012. In 2015, Blackbear self-released his first two albums, Deadroses and Help, and the former launched the top twenty hit "Idfc". His third album, Digital Druglord, was released in early 2017 through his production collective Bear Trap Records, and was later picked up in a $10 million distribution deal with Interscope Records. Cybersex, Blackbear's most recent mixtape project, was released in November 2017 on Beartrap, Alamo Records, and Interscope Records. Over the years, Blackbear has collaborated with a wide variety of artists, including: Gnash, Hoodie Allen, Justin Bieber, G-Eazy, Mike Posner, Maejor Ali, Palisades, Machine Gun Kelly, Mod Sun, Rivers Cuomo, Childish Gambino, Billie Eilish, Pharrell Williams, Charles Quirk, Miley Cyrus, Linkin Park and Jacob Sartorius.