Bon Iver's music hits you where it hurts the most –your heart. Yet these heartache and breakup songs are what keep audiences flocking to his shows. Once more, Bon Iver will spread the love –be it to the lovelorns and the lovers out there as he embarks on a new tour that will take him to the road leading to the Red Rocks Amphitheater on Tuesday 3rd September 2019. This Grammy Award-winning folk indie tunesmith and musician will not only tug one's heartstrings but will put on a delightful showcase of his strikingly inspiring and engaging live set. This is lit! Get your tickets now! 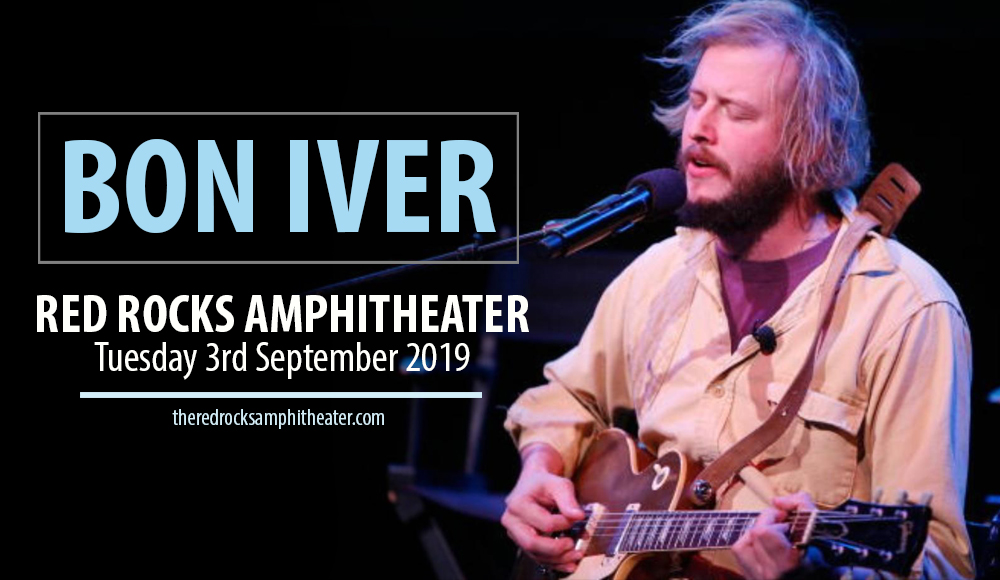 Releasing the hurt from a breakup and recovering from a bout of a long liver illness never sounded this good. It takes a creative genius like Justin Vernon to use such trials and tribulations as a springboard to launch his music career to greater heights. And with his mega marathon intake of the 90s tv sitcom Northern Exposure, pseudonym Bon Iver somehow broke the ice (no pun intended) that brought about the release of his debut album, "For Emma, Forever Ago".

This groundbreaking album became the soundtrack of the broken-hearted from this generation. Bon Iver's cult following grew in leaps and bounds and was further amplified by his 2012 Grammy award win for Best New Artist and Best Alternative Music Album for their album "Bon Iver, Bon Iver". From local gigs, to music festivals, the clamor for Bon Iver to go on the tour grew louder and louder. One may think that his haunting melodies and evocative lyrics could set a rather quiet mood during his shows. Well, Iver and fans who know him well beg to disagree. Bon Iver energetically engages and throws out sing-along lyrics for the crowd. "I don't want to be the guy with an acoustic guitar singing songs, because that's boring for the most part", says Bon Iver. "The song actually needs 80–500 people singing or whatever the vibe is of that room, it needs that fight."

If you've been hit with a cabin fever of emotions as of late, shake it off, let it out by catching Bon Iver on tour. Don't get caught in the cold. Get your hands warmed-up by booking this hot ticket now!