In August 2013, Brian Regan performed a sold-out show at Red Rocks Amphitheatre that changed the course of his career. This September, he's back and as hilarious as ever! Hailed as one of the most prolific and popular comedians in the country, he will be stopping by countless different cities on the 2015 leg of his 10-year, non-stop theater tour, but fans know there's nothing quite as magical as Regan at Red Rocks! Catch him on Saturday 5th September! 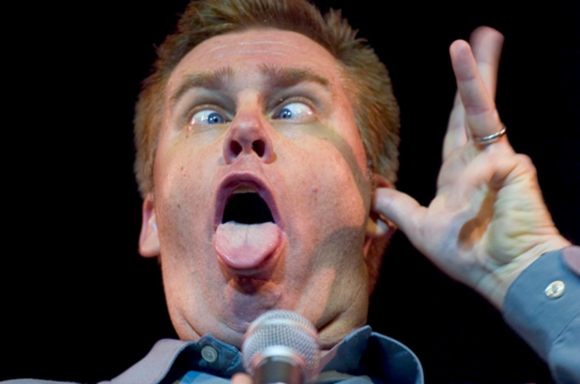 “Comedian's comedian” Brian Regan grew up in Miami, Florida. After dropping out of college in 1980 to pursue a career in stand-up, he found himself a job at Comic Strip comedy club in Ft. Lauderdale, where he would regularly perform. In 1988, only two years after Regan moved to New York to chase his dream further, Regan won the title of K-Rock Radio's "Funniest Person in New York" and by the early '90s, he had begun making television appearances on late-night talk shows and starred in two Showtime stand-up specials. He released his first CD, Brian Regan Live, in 1997 and a DVD of his performance at the Irvine Improv titled I Walked on the Moon in 2004. Regan's comedy style is relatively clean, as he refrains from profanities and off-color jokes, relying instead on observational, sarcastic, and self-deprecating humor.