"The World’s Greatest Pink Floyd Show" ! No one else dares to claim this other than Brit Floyd. Catch them return to the stage in 2020 to perform its brand new production at the Red Rocks Amphitheater on Thursday 11th June 2020. This is not merely a tribute show. Brit Floyd has taken up the challenge and guarantees a showstopping 23-minute 'note-for-note’ performance of the iconic era-defining song "Echoes", written 50 years ago, and from Pink Floyd's breakthrough 1971 album "Meddle". Now that we've whet your appetites, satisfy that craving further by clicking 'get tickets' on this site and catching the show. Book your tickets now! 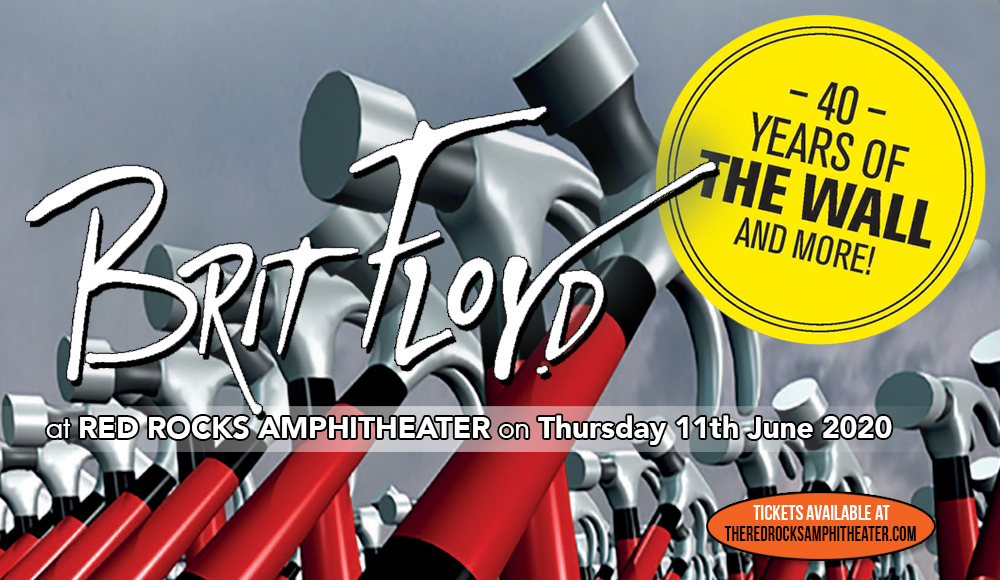 Pink Floyd is rock music that paints mind-blowing imagery and depicts staggering aural and emotional sensations. Now you don't have to let this explode in your head. Brit Floyd has taken the music and the legend of Pink Floyd, to emulate and recreate the sound and soundscape of Pink Floyd's live shows.

Musical director, guitarist, and singer Damian Darlington originated Brit Floyd in 2011. "There is much more attention to details in every aspect of the show, from the music to the visuals to the lighting: everything is that much more perfected and there's a passion coming off that stage … It's a coherent, emotional journey through Pink Floyd's catalog.", he says.

Brit Floyd has held over a thousand shows in many parts of the world. The press has hailed and described it as "… a phenomenon, widely regarded as the world's greatest rock tribute show. Faithfully recreating the scale and pomp of the final 1994Pink Floyd tour, complete with a stunning multimillion-dollar light show, iconic circle screen, lasers, inflatables and theatrics .It really is as good as they say-believe the hype and don't miss it!"

A must-see rock musical masterpiece for every Pink Floyd fan and every rock music fan! Get your tickets now!