Hey you! Exciting news! Brit Floyd is coming to Red Rocks Amphitheater on Thursday 11th June 2015!
Brit Floyd – The World's Greatest Pink Floyd Show, returns to North America in 2015 to launch its Space and Time World Tour 2015, their most ambitious show to date; with a spectacular new light show, an even bigger stage production! Celebrating five decades of Pink Floyd; from their creation in 1965 right through to the release of their brand new album, 'The Endless River’, this amazing new show includes performances from all Pink Floyd's biggest selling albums, including The Dark Side of the Moon, Wish You Were Here, Animals, The Wall and The Division Bell plus a host of other Pink Floyd musical surprises. 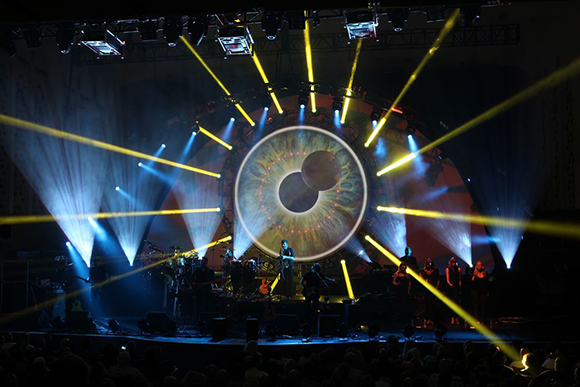 Brit Floyd is a UK based Pink Floyd tribute band formed in 2010, whose stage presentation, comprising an elaborate light show, projections and inflatables, is loosely based on Pink Floyd’s 1994 The Division Bell Tour, often referred to as the “Pulse” tour. The British Pink Floyd Show was born out of a split in The Australian Pink Floyd Show (TAPFS), with the name later shortened to Brit Floyd. Brit Floyd consists of musicians who have all performed with TAPFS.