Aside from opening a string of shows for the Lumineers' "Brightside Tour," the rising folk-rock band Caamp will give their Colorado fans a bigger treat this fall as they embark on a two-night concert at the Red Rocks Amphitheater. Catch the Ohio-native band's first night of incredible show on Monday, October 3, 2022. Along with special guests, Futurebirds and Cous, prepare to be enthralled by the band's reflective tone and soothing nostalgia that would take your concert experience to a whole new level. Grab your tickets now and witness Folk Music's Next Big Thing mesmerize the entire Red Rocks Amphitheater! 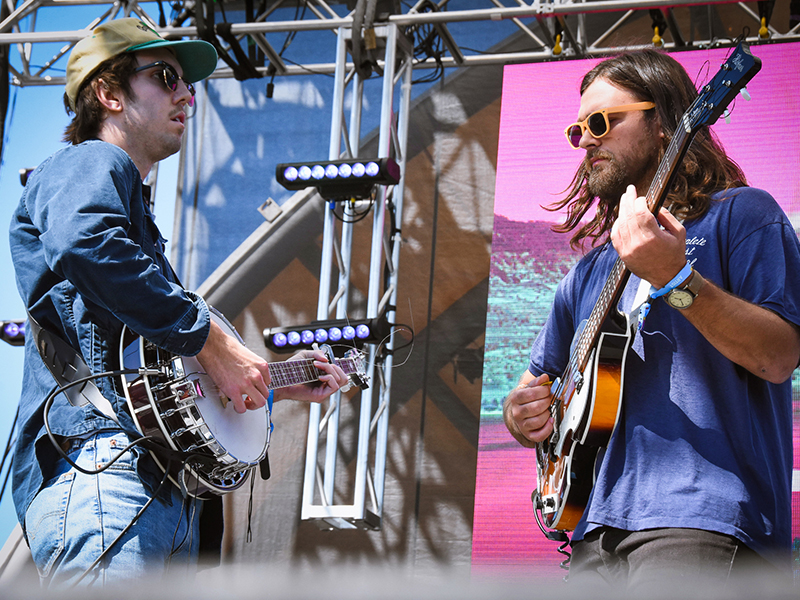 The Caamp's announcement of a new album made fans all over the world excited about the new songs the band is set to offer. Known to produce songs with poignant lyricism and playful instrumentations, Caamp is one of the rising folk-rock acts in the country today.

The Ohio-native band comprises childhood friends Taylor Meier, Evan Westfall, and Matt Vinson. The trio started their humble beginnings playing in small coffee shops and some local venues. Their success in the local Ohio music scene and some hit songs on several streaming platforms catapulted the band into mainstream music. They eventually added the keyboardist Joseph Kavalec to their lineup.

Aside from playing in bigger venues, the band was able to perform on national TV on Jimmy Kimmel Live!, CBS This Morning Saturday and Late Show with Stephen Colbert. Indeed, these guys are on the road to being a household name in the folk-rock scene.

Recently, fans were delighted that Caamp is opening shows for the Lumineers this year in their "Brightside Tour." However, they became ecstatic, knowing that their favorite folk-rockers would headline their own tour to promote their soon-to-be-released album, "Lavender Days." A recent tweet from the band garnered fan excitement by expressing, "We're taking to the road this summer for the 'Lavender Days Tour' with the new album in tow. Catch us at a city near or far."

The band will add to the growing and tight schedule of Red Rocks Amphitheater this October for a two-night show. Be sure to catch the Caamp in one of their two shows in the famous Colorado venue and be prepared to be swept away by this band's superb musicality.