Colorado folks! Are you ready? Phenomenal Trio CAAMP will be serenading you with beautiful noises on Wednesday 14th July 2021 at The Red Rocks Amphitheater! They will conquer the stage with special guests, the American folk-rock band Trampled by Turtles and Singer/Songwriter Erin Rae! Get ready to sing your hearts out with 3 of the music scene's greatest performers that will be giving you live supremacy like no other! CAAMP puts one hell of a live show so be sure not to miss it, we warned you! Reserve your tickets while they're still available. Hit that "Get Tickets" button above. 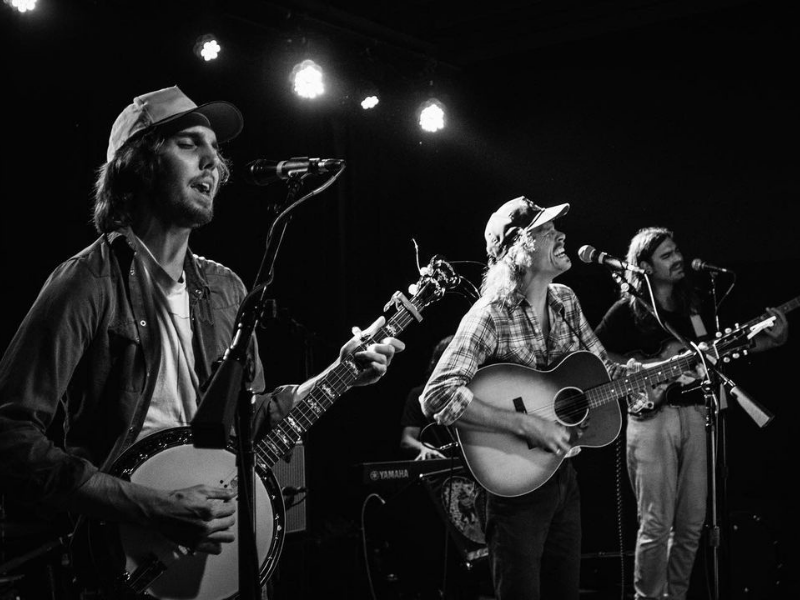 Oh, we know you aren't prepared for this! Known for their shows that will make you do exactly as their acronym name suggests, CONSUMING ABNORMAL AMOUNTS OF MAKERS AND PBR, it's surely an event worth watching! Be blown away with their heart-melting nostalgic hits track performed live! Ohio folk-rock band CAAMP has announced an upcoming North American tour and they will be jamming with their Colorado fans this July! CAAMP will be celebrating the 5th anniversary of their self-titled debut release by hitting the road with non-stop shows all over North America!

Be captivated by the band's chart-topping hits that will be performed one after the another! Dance with the crowd while singing along with the band's fan-favorite hits Vagabond and By and By. Be prepared to go on an emotional roller coaster ride!

What started as a project between childhood friends, The American Folk-Rock band has come a long way! CAAMP appeared as an act at the 2019 Mo Pop Festival in Detroit. They also appeared at the 2019 Austin City Limits Music Festival. In August 2019, they made their debut on the Billboard Emerging Artists chart and made history when their hit-track "By and By" debuted at #1 on the Heatseekers Albums chart!

Still not convinced? Experimental guitar and banjo playing quickly will thrust you through a frenzy of wild turns, and lush harmonies! Truly an impressive act to witness and enjoy.