Are you ready for one of the highly-anticipated folk-rock concert events of the year? If you are in for an emotional roller coaster ride of poignant lyricism, playful instruments, and lush harmonies, then Caamp's show at the Red Rocks Amphitheater is the one for you. Join Taylor Meier, Evan Westfall, and Matt Vinson, collectively known as Caamp, in their second night at the famous Colorado venue this Tuesday, October 4, 2022, for an evening of authentic yet contemporary folk-rock music that will surely evoke myriads of feelings within you. Jam with their hits such as "On & On & On," "I Keep Going," "Vagabond," "Feels Like Home," and many more. If you missed booking tickets for their first night at Red Rocks, this is your chance to redeem yourself. Book your tickets now and prepare to experience the magic of folk music that Caamp brings. 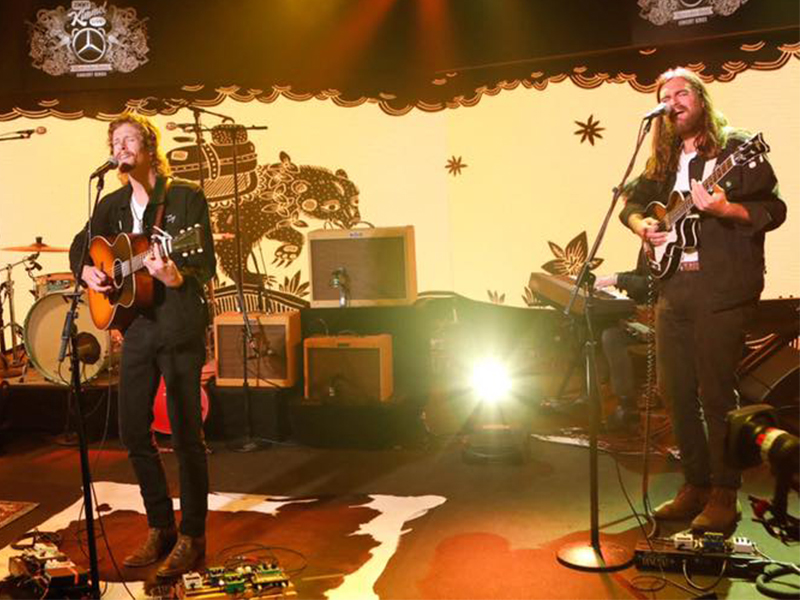 Who would ever think a project between childhood friends Taylor Meier and Evan Westfall — who just met at a middle school summer camp — will result in the rising and promising folk-rock band that we all know today? From playing in small coffee shops to opening for more prominent bands to headlining their own tour, these Ohio-native guys have genuinely grown as artists.

Their success can be attributed primarily to their poignant lyricism and unique sound that shows openness and vulnerability. As long-time friends, each member feels comfortable openly creating in front of each other. Thus, listeners are given the best unpretentious folk jams rare in today's mainstream music.

As a result of these weird and beautiful collaborations, the band was able to release 3 albums already since 2016. The fourth one, which they will promote in their 2022 tour, entitled "Lavender Days," will be released later this June. Expect to hear songs from their new album to be part of their setlist this October. So make sure to buy their "Lavender Days" album once they come out. While waiting for the album's release, make sure to book your tickets for their Red Rocks concert. Tickets are now on sale since March 18, so grab one for you and your friends because they may run out soon! You don't want to miss this concert event.