Praise be! It’s time to Rock! Casting Crowns comes to Red Rocks Amphitheater on Wednesday 4th August 2021 with special guests We The Kingdom, Matt Maher, Jordan Feliz, and Rebecca St. James. Two absolutely praiseworthy bands and three immense Christian artists will all take to the stage at Red Rocks for an absolutely amazing night of Pop, Rock, Funk and Soul, come on and grab your tickets to an amazing night out. 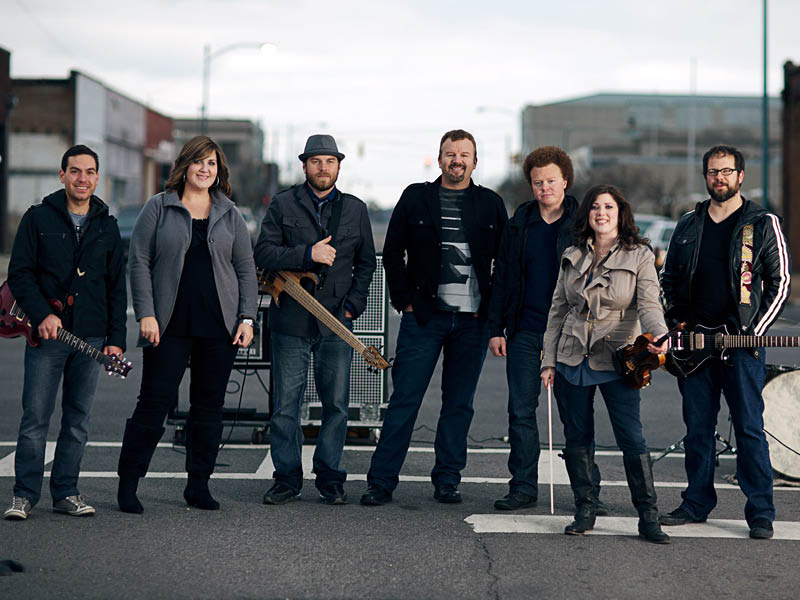 Casting Crowns is a contemporary Christian and Christian rock band started in 1999 by youth pastor Mark Hall, who serves as the band's lead vocalist, as part of a youth group at First Baptist Church in Downtown Daytona Beach, Florida, now they are based in Stockbridge, Georgia and work as ministers for Eagle's Landing First Baptist Church in McDonough, Georgia. They have 11 albums, have won 4 American Music Awards, 2 Billboard Music Awards, 17 Dove Awards and 1 Grammy Award. Their latest Album, Only Jesus, came out in 2018.

We the Kingdom is an American contemporary Christian music band, consisting of multiple generations of relatives: Andrew Bergthold, Ed Cash, Franni Rae Cash, Martin Cash, and Scott Cash. Their debut EP, Live at the Wheelhouse, came out in October 2019, with the single, Holy Water, peaking at No. 2 on the Billboard Hot Christian Songs chart.

Jordan Alexander Feliz is an American Christian musician, who plays a folk rock and soul style of Christian pop. He has released four studio albums that have charted, along with several singles.

Rebecca St. James, is an Australian Christian pop rock singer-songwriter and actress. She has 10 Albums, 3 Dove Awards and 1 Grammy Award for Best Rock Gospel Album for her fifth album, Pray.