The glorious day is coming, as the Grammy award-winning Christian Rock band, Casting Crowns, calls you to praise and worship at the Red Rocks Amphitheater on Tuesday, 3rd August, 2021. Rising with hits such as "Who Am I", "Glorious Day", "Courageous", "Only Jesus" and many more, the band has lifted praise high. The band just released their latest single, "Scars In Heaven", a track where lead-vocalist Mark Hall commented, "They are being held by the hands that bear the only "Scars In Heaven"". Now's the time to lift it all up, knowing that you are held and loved by the One. The glorious day awaits. Book your tickets now! 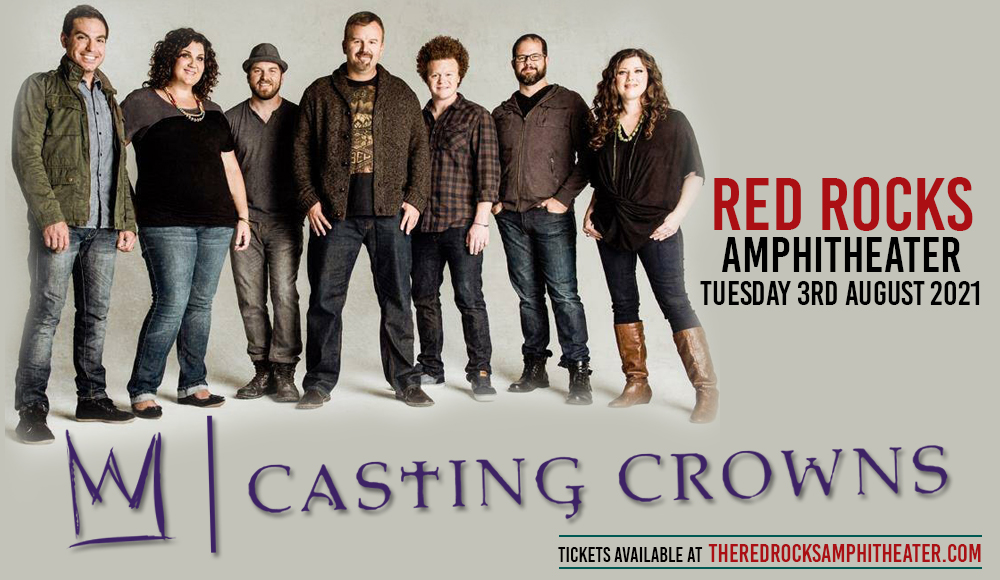 Their first studio release, "Casting Crowns" became one of the quickest selling debut releases in Christian Music. One of its singles "Voice of Truth, spent 14 consecutive weeks at #1 in the Billboard Hot Christian songs chart. It's critically-acclaimed track, "Who Am I" also topped Christian charts, and was the group's first certified gold single awarded in 2011.

Later on, they released the albums "Lifesong", "The Altar and the Door", "Peace on Earth", "Until the Whole World Hears", "Come to the Well", "Thrive", "The Very Next Thing", and their 2018 album, "Only Jesus". Casting Crowns has led music to lift souls up for over 20 years, with numerous hits that top the charts. They've been nominated and won awards from the American Music Awards, Billboard Music Awards, Dove Awards, and the Grammy Awards.

The glorious day to lift your praises high is coming, with Casting Crowns at the stage at the Red Rocks Amphitheater on Tuesday, 3rd August, 2021. Book your tickets now!