Creation of the mastermind behind Riverdance, David Downes, in collaboration with David Kavanagh and Sharon Browne, Celtic Woman is the cobbling together of five Irish musicians previously unknown to one another; four vocalists and a fiddler, to perform a variety of material ranging from modern hits to traditional Celtic songs. The result was harmonious perfection, and that perfection is coming to Red Rocks Amphitheater on Tuesday 6th June 2017!! Click the “Buy Tickets,” button to get yours now. 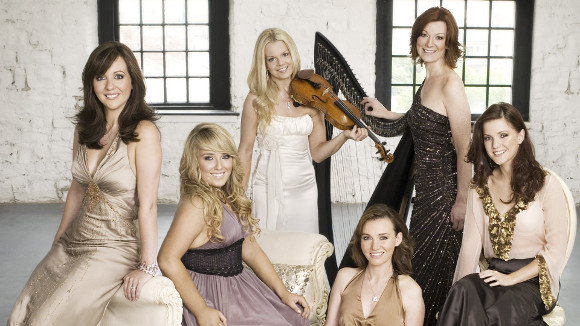 Several lineup changes have occurred over time, but the formula has stayed sparkling and alive for all the current members of Celtic Woman. In total, the band have released over 11 albums, toured worldwide, and sold over nine million copies of their work across the planet. Their tours have been onerous, appearing live in more than 11 cities in the US in 2005 for their original album, and then following that up with their “Celtic Woman: A New Journey,” tour which saw them visit over 88 cities in 2007.

Their work has been received to great critical acclaim, being described as “Riverdance for the voice,” and named no less than SIX times “Billboard Artist of The Year.” Their popularity in the US, no doubt, riding the same wave of nostalgia as Clannad and Enya, has much to do with their strong Irish roots and the gentle touching of the feeling amongst many of us to long for “home,” – to connect with the history that many of us share, to connect, as we can through virtually nothing else, by the magic of traditional folk music.

This will be a truly spine-tingling evening – don’t miss out!