The incredible talent that is – Chance The Rapper is coming LIVE to Red Rocks Amphitheater on Tuesday 2nd May 2017! Hiphop fans get ready to be blown away by Chance The Rapper as he brings his exciting brand new Grammy Award winning album, on his 'Magnificent Coloring World Tour' – this guy is all about blending the beats with smooth soulful Rap and R&B and is a real experience to see live!

If this sounds up your street, then be sure to get on down this Spring and witness what Chance The Rapper does best!! 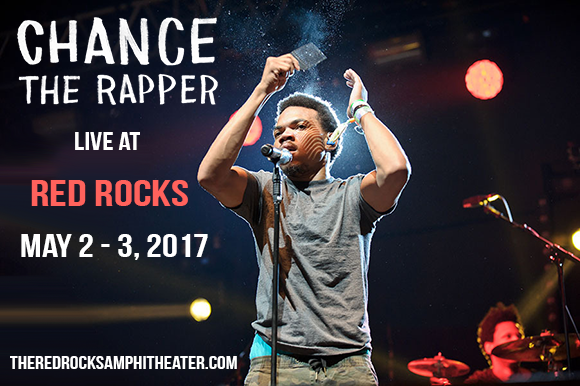 "'No talking, let’s get everyone jumping,' he says before launching into quick-fire versions of multiple Acid Rap numbers, the room shaking from bass and the crowd bouncing around, following Chance's every command."

"The most exciting independent artist of the moment, Chance the Rapper. Remarkably, not only does Chance lack the backing of a major record label, but he has yet to release a proper album. Instead, his discography consists of just mixtapes and guest features."