Kooky electro-duo Cherub are back, and they're heading to Red Rocks Amphitheater on Saturday 29th October 2016 to promote their upcoming album, Bleed Gold, Piss Excellence! The fun-loving, energetic twosome are looking forward to playing some of their new tunes live:

“Bleed Gold, Piss Excellence is an album that has been over two years in the making,” says Jason Huber & Jordan Kelley. “We did what makes sense to us…use the sounds and styles that we’ve grown up with, and find a way to make them our own.”

Make sure you catch these guys live! 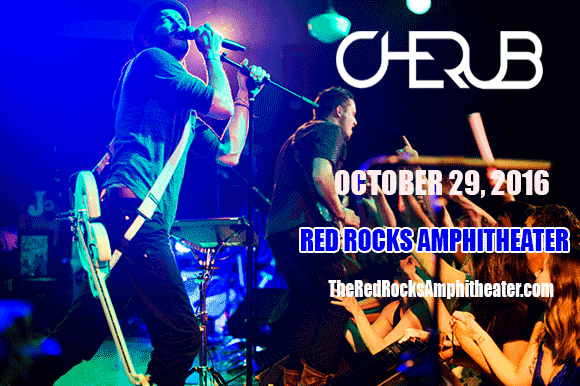 Electronic indie duo Cherub formed in 2010, but Tennessee natives Jordan Kelley and Jason Huber met five years prior and became firm friends while studying at Middle Tennessee State University. Four years after their formation, the band hit the charts with their single "Doses and Mimosas", which charted at number 43 on Billboard's Rock Airplay chart and at number 23 on the Alternative Songs chart, as well as topping The Hype Machine chart and racking up more than 5.4 million YouTube views. Year of the Caprese, the duo's debut album, was released on May 27 2014 on Columbia Records. Their follow-up album, Bleed Gold, Piss Excellence, is scheduled to be released in October 2016.