This Christian artist rocks! It may sound like an oxymoron but it's a fact. Christian praise and worship artist Chris Tomlin will be rocking the stage of the Red Rocks Amphitheater on Tuesday 30th July 2019. His uplifting and feel good melodies have the sound and feel of as if you're listening to One Direction or maybe Ed Sheeran. His songs are loaded with messages of love– an open, loud and proud proclamation of the greatness of God's love as he sings 'How Great is Our God,' 'Jesus Loves Me,' 'Forever', and many more. Nothing beats worshiping and praising along with thousands of believers of the faith gathered together and singing as one voice. But yes, it takes a charismatic and passionate artist like Chris Tomlin to rock it at the Red Rocks. Don't miss this glorious event. Book your tickets now! 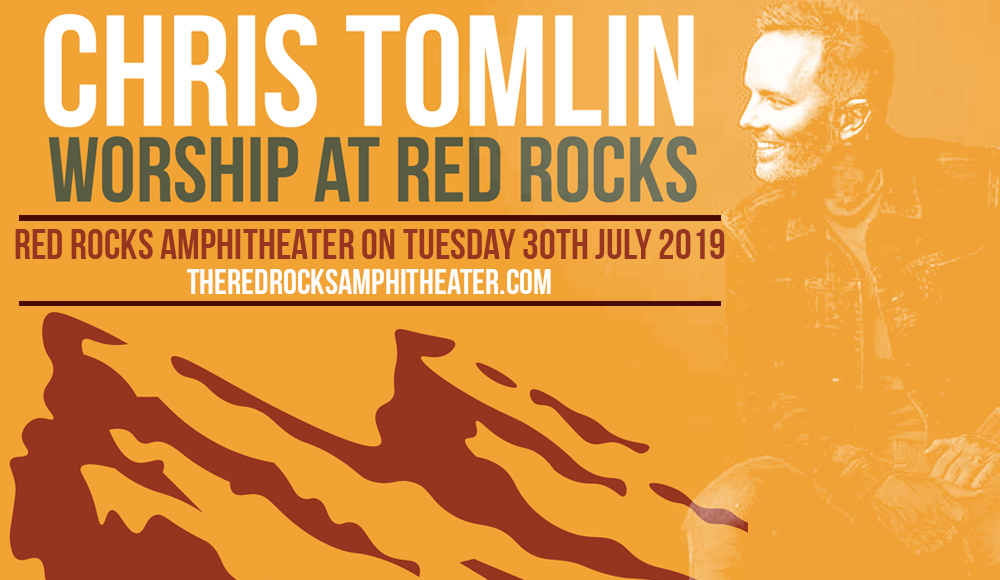 One of Christian music's most heralded artist is Chris Tomlin. From his humble beginnings as a songwriter and worship singer in their local church and in camps, Chris honed his craft until he was ripe and ready to release his debut album "The Noise We Make" back in 2001. To date, Chris has amassed an impressive body of work, with 15 studio albums released to date. His sales and chart credentials could rival that of a pop star. He has sold more than 8 million albums, 11.3 million digital tracks with 16 #1 singles. Chris is part of an elite group, one of only four artists ever to receive the Sound Exchange Digital Radio Award for over 1 Billion digital radio streams. His career is decorated with prestigious awards and nominations which include nine Grammy Awards nominations, and a Grammy win for Best Contemporary Christian Music Album in 2012 for "And If God Is For Us…"

Instead of just resting on his laurels, all these blessings and accolades he gives back to his Creator through his relentless touring. “It is so much more than just another night of songs," says Chris. "It’s an encounter with the presence of the living God. I pray it ignites a fire in the hearts of the people. I do believe this tour and message will have a lasting impact long after the curtain falls.”

This is a divine experience you shouldn't miss. Go, get your tickets now!