Chromeo comes to Red Rocks Amphitheater on Saturday 28th May 2022 to celebrate the 7th anniversary of Funk on The Rocks. Fans are getting excited because this has been a long-awaited return, and supporting them would be Purple Disco Machine and Blue De Tiger. Renowned funk lords Chromeo are finally returning to one of the country's most historic venues, the Red Rocks. Funk on the Rocks will be crazy this year because alongside Chromeo would be New Yorked-based artist Blue De Tiger. She has her unique way of vintage-inspired soundscapes that will give you an experience of your life. Similarly, Purple Disco Machine is also on the line-ups and they are one of the most sought-after dance music acts in the country right now. With such an amazing line-up performing at the prestigious Red Rocks, you surely cannot miss out on this year's Funk on The Rocks! Hurry up and get your tickets before they are sold out! 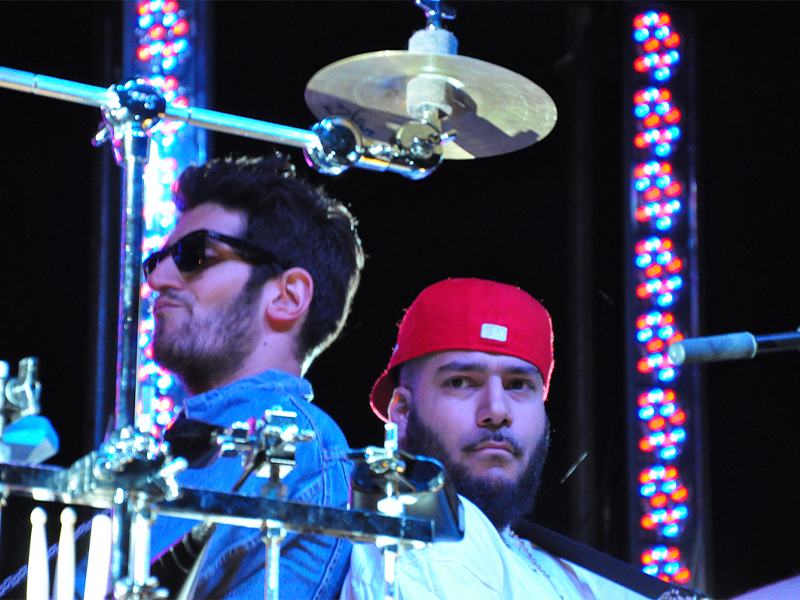 Funk on The Rocks is set to return on 28th May as Chromeo gears up to put up another stellar show at their annual funk fest. Chromeo is a Canadian electro-funk duo formed in 2002 and comprises David Macklovitch and Patrick Gemayel. They have released five studio albums, and three have featured on Billboard 200. They received their first Grammy nomination in 2018 for Best Engineered Album at the 61st Grammy Awards for their album, Head Over Heels.
Over the years, Chromeo has made itself one of the pioneers of Electro-funk, nu-disco music and is known for rocking stages worldwide. They recently released their live album Date Night: Chromeo Live! alongside their latest single, Don't Sleep (Live in Washington D.C). Fans can expect to hear some latest tunes from their recent albums, or they could go back and play some classics from their previous work. As long as they are rocking the Red Rocks, fans would be willing to dance to their max with Chromeo. And it's not just Chromeo; Purple Disco Machine is also a leader of modern dance grooves, whether it's underground clubs or the main stage of EDC Last Vegas. He lights up the occasion with some of his greatest hits, including Dopamine and Hypnotized.
If you want to see Chromeo and the others live at this year's Funk on The Rocks, make sure you get your tickets ASAP before they are sold out!