Our favorite country outlaw singer is again back on the Red Rocks Amphitheater stage! Yes, we are talking about the one and only Cody Jinks to rock the famous Colorado venue again this fall. Start your October with a bang by attending this sure-fire concert this Saturday, October 1. It has been three years since the "Must Be The Whiskey" hitmaker rocked Red Rocks, and fans could not wait to see him perform the new songs from his new album "Mercy" live on the iconic stage. With special guests Grammy-winner Clint Black and literary neo-outlaw country artist Ward Davis, Jinks will entertain his fans by sporting his outlaw country songs for all spectators to behold. This is undoubtedly one of the best country acts to grace the Red Rocks stage, so don't miss this opportunity to see this incredible lineup. Book your tickets now by hitting the "Get Tickets" button. 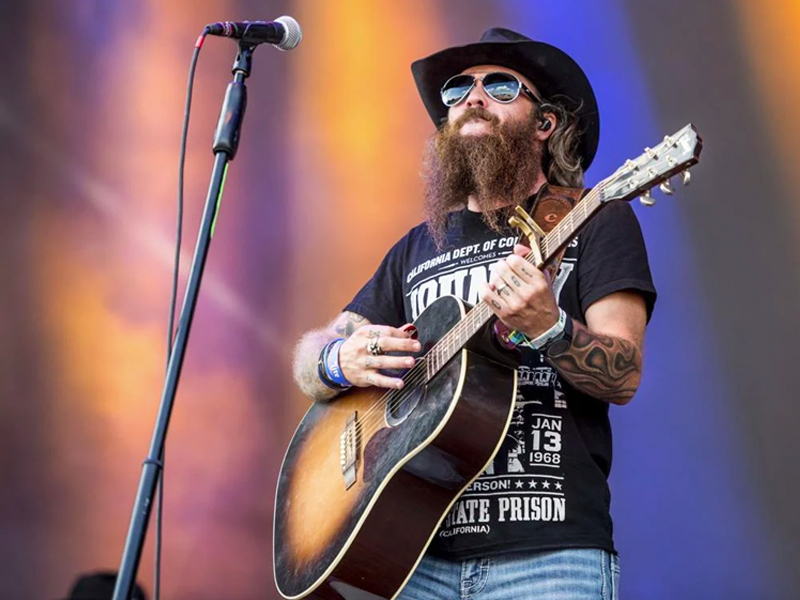 As one of the most hardworking artists in the country music scene, Cody Jinks has risen to popularity without the help and machinations of major labels and mainstream radio play. Thanks to his brand of classic outlaw country and Southern rock style, he has cemented his status as an independent country music artist that does not hop on the bandwagon of bro-country and mainstream pop-country artists. Jinks started his venture into the country music scene in 2008 when he released his debut album a few years after leaving his heavy metal band Unchecked Aggression. Named "Collector's Item," the album was promising for the then 28-year-old singer-songwriter. Although he did not make it mainstream with this album, it opened opportunities for Jinks to better his craft.

With the success of his song "I'm Not the Devil" from his third album of the same name, Cody Jinks' name became synonymous with outlaw country and propelled international popularity. The album was rated by Rolling Stones as one of the best albums in 2016. The album was bound for success by selling over 11,000 copies in its first week of release alone. Nearly two years after the success of his third album, Jinks released a follow-up album called "Lifers" in 2018. The album reached the number 2 spot on the Billboard Country Albums chart and helped Jinks widen his reach and popularity. He toured around the country with some of the rising stars in country music. He headlined Red Rocks Amphitheater on July 13, 2019, which is considered a massive feat for an independent artist. His performances in the iconic Colorado venue were as iconic as well. Thus, his videos of these performances posted on YouTube continue to rack up thousands of views every single day.

This year, Jinks will be back to the Red Rocks. Slated to be on the 1st of October, the concert is expected to feature Jinks' songs from his newest album "Mercy." He will be joined by the country music veteran Clint Black. Black is a Grammy award-winning artist who is known for his hits "Like the Rain," "Killin' Time," "A Better Man," and many others. The literary neo-outlaw country artist Ward Davis will also grace the event as Jinks' guest. Davis is famous for his songs "Good and Drunk," "Black Cats and Crows," and "Where I Learned to Live," to name a few.

Tickets for this extraordinary lineup are now on sale. Get yours now by hitting the "Get Tickets" link. See you at the Red Rocks!