Ludwig van Beethoven turns 250! Or that would be the headline if we had some better science! Come to Red Rocks for an intimate celebration of this great composer, The Colorado Symphony are putting on a special edition of Local Set beginning in the Visitor Center, and working its way to the top of the venue in a heated tent, this will be a magical night for music lovers of all kinds. So for a chance to get up close and personal with Beethoven and the astonishing Colorado Symphony buy some tickets now! For one night only, this January 19th, 2020 at Red Rocks Park and Amphitheatre. 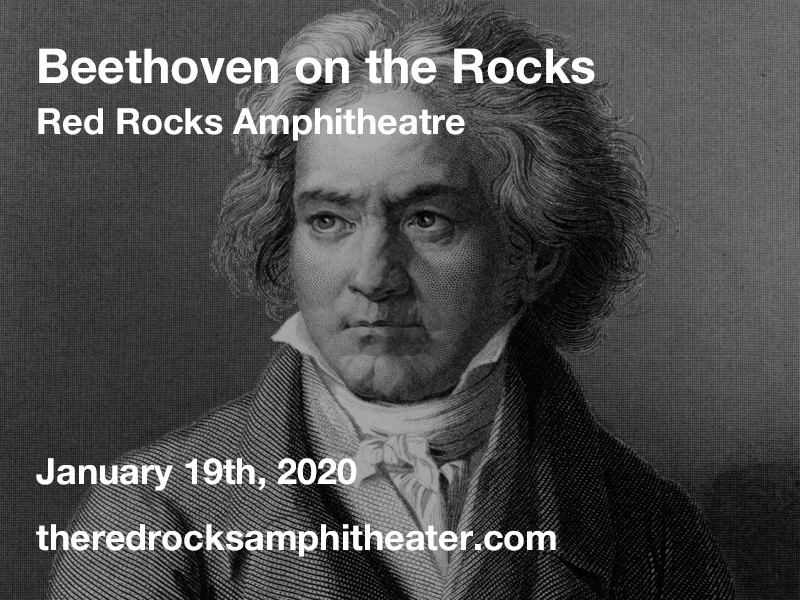 Colorado Symphony are a vibrant and vital part of the Denver community, one of the leading orchestras in the United States, the Colorado Symphony performs more than 150 concerts annually. The Colorado Symphony is home to eighty full-time musicians, representing more than a dozen nations and recognized as an incubator of innovation, creativity, and excellence. The Colorado Symphony continually expands its reach through education, outreach, and programming and continually partner with the state's leading musical artists, cultural organizations, corporations, foundations, sports teams, and individuals, to expose diverse audiences to the transformative power of music.

Ludwig van Beethoven, 1770 to 1827, was a German composer and pianist. A crucial figure in the transition between the classical and romantic eras in classical music, he remains one of the most recognized and influential musicians of this period, and is considered to be one of the greatest composers of all time. His career is conventionally divided into early, middle, and late periods; the "early" period is typically seen to last until 1802, the "middle" period from 1802 to 1812, and the "late" period from 1812 to his death in 1827. During his life, he composed nine symphonies; five piano concertos; one violin concerto; thirty-two piano sonatas; sixteen string quartets; two masses; and the opera Fidelio. Other works, like Für Elise, were discovered after his death, and are also considered historical musical achievements. Beethoven's legacy is characterized for his innovative compositions, namely through the combinations of vocals and instruments, and also for widening the scope of sonata, symphony, concerto, and quartet, while he is also noted for his troublesome relationship with his contemporaries.