Alternative rockers Counting Crows will be bringing their 90's classics to Red Rocks Amphitheater on Wednesday 16th September 2015! They will be bringing their nostalgic sound on their 2015 summer tour to Red Rocks, in celebration of the release of their 7th studio album 'Somewhere Under Wonderland', which has already received groundbreaking reviews. Don't miss out on your chance to see Counting Crows LIVE!
“I think this is one of the best records the band’s made, if not the best.” 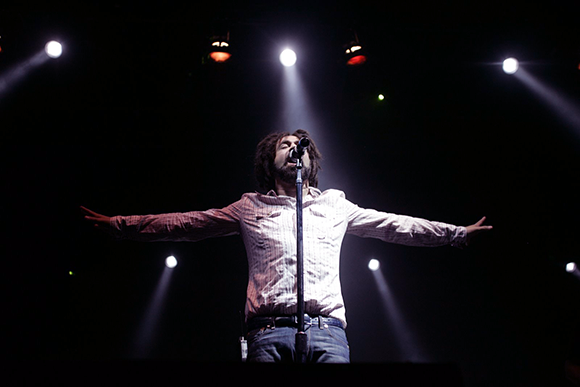 Counting Crows are one of the biggest alternative rock bands from the 1990's, they shot to fame in the peak of the Seattle based grunge scene and crafted their own unique genre.
The band is made up of 7 members, experimenting with different instruments that include clarinet, accordion, guitars, banjo and piano to create a well rounded sound.
The band successfully tapped in to the same Americana wellspring of artists such as Bob Dylan and brought it to life decades after, in the early 90's. Counting Crows first album contained numerous Rock hit singles, including the might 'Mr. Jones' which smashed the charts at number 2 in 1993 and 'Round Here' which hit number 4 in 1994, and in total sold an epic amount of 7 million copies worldwide!