Come on down to Red Rocks Amphitheater on Saturday 28th August 2021. Throw your set in the air! Wave it around like you just don't care! Witness the one and only Cypress Hill live with Atmosphere! Let us introduce them, they’re the ones who rules the set, so don’t you forget, don’t miss out, come to Red Rocks to feel the funk, sit back and let their tracks flow like smoke in ya lungs. Boom biddy bye bye – don’t miss your shot, nab your tickets today and join the legendary Cypress Hill and Atmosphere in a live show – order your tickets now! 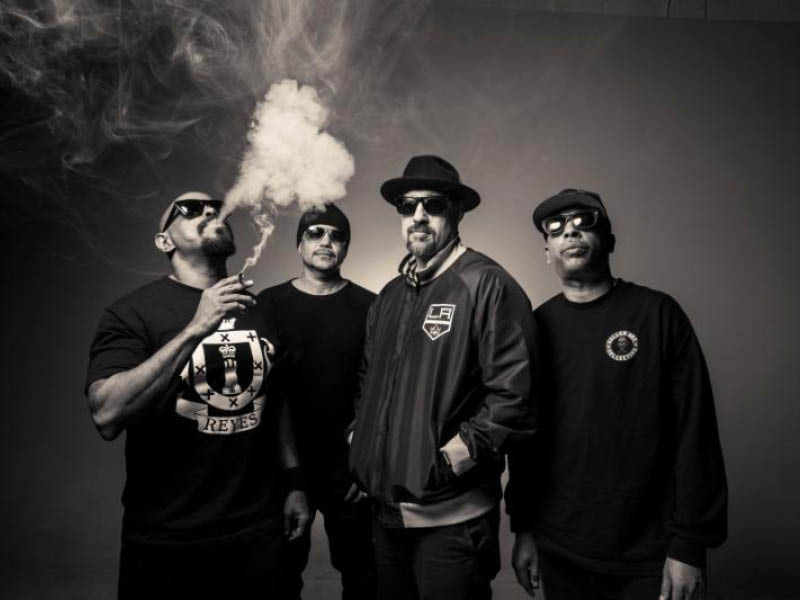 Rhythms upside ya brain, can ya hang? Wanna feel the funk flowin’ in ya veins? Book your tickets today! Cypress Hill are an all-American hip hop group from South Gate, California. Legendary, iconic, Cypress Hill are considered to be among the main originators of West Coast and 90s hip hop and they are the first hip hop group to have a star on the Hollywood Walk of Fame.

Cypress Hill is a small group consisting of Louis Freese aka B-Real lead singer, spinner of tables Lawrence Muggerud aka DJ Muggs, Senen Reyes aka Sen Dog (co-lead singer) and drummer-extraordinaire Eric Correa aka Eric Bobo. Back in 1988, Sen Dog, B-Real, and DJ Muggs certainly didn’t look like any other hip hop collective, they definitely didn’t sound like anything on the radio, or smoke like any homie, headbanger, hesher, or hippie. Instead, they rolled up intense rhymes, hard rock attitude, smoked-out psychedelic production, and Latin swagger into a one-of-a-kind strain on the legendary double-platinum Cypress Hill in 1991. Not to mention, Cypress Hill made history as the first Latino American hip-hop recording group to go platinum.

Join us – you’d be insane in the brain to miss this! Don’t you forget, bad for ya health, but ya still be tryin’ ta push buttons – join Red Rocks and Cypress Hill as they bring the level up a little louder!