Let the good times roll in as the "Hootie" singer comes to Red Rocks LIVE this summer!
Country superstar, Darius Rucker will be performing his groundbreaking show at the Red Rocks Amphitheater on Tuesday 1st August 2017… bringing with him special support from American Idol winner, Lauren Alaina!

If you love Darius Rucker, then be sure to be first in line to grab tickets for this bound to sell out show! 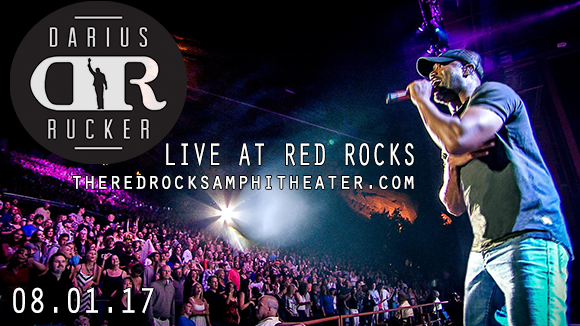 Darius Rucker is frankly one of the biggest stars in music today – starting off his career as the lead vocalist and rhythm guitarist of the Grammy Award-winning American rock band Hootie & the Blowfish, his unforgettable career has rocketed him into a long standing artist and worldwide status.

His talent of songwriting became clear as he co-created most of the band's successful hit songs and since has moved onto a solo artist in his own right. And has expanded his abilities from an R&B sound back in the day to modern day Cowboy of Country. 2017 is set to be yet another explosive year for Rucker, so whatever you do – be sure to join him at a venue near you!