Declared by the Washington Post to be "the hottest Grateful Dead tribute act going", Dark Star Orchestra are bringing the 'Dead experience to Red Rocks Amphitheater on Sunday 8th July 2018! Dedicated and talented performers, DSO authentically capture the sound and feel of a Grateful Dead show, truly bring the 'Dead to life! 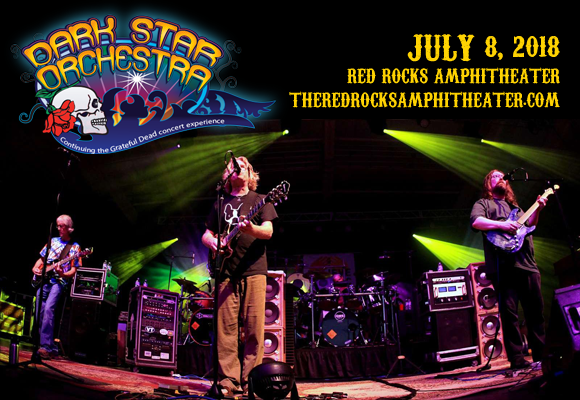