For an artist to have his 20-year old album reissued and re-released again at this day and age says so much about the longevity, universality, and timeless relevance of his music. David Gray is one such phenomenal artist who has achieved this milestone in his career. Hence, a launch tour is definitely in order. David Gray is set to take center stage in various concert venues in many parts of the world. One of his most significant stops will be at the Red Rocks Amphitheater on Thursday 23rd July 2020. This event is set to be a full-blown throwback as Gray will play the record in its entirety plus a setlist that covers his other hits. Joining Gray are his original band members, using the same equipment heard on the album. Nothing to say here but 'wow!' So hurry and book your tickets now! 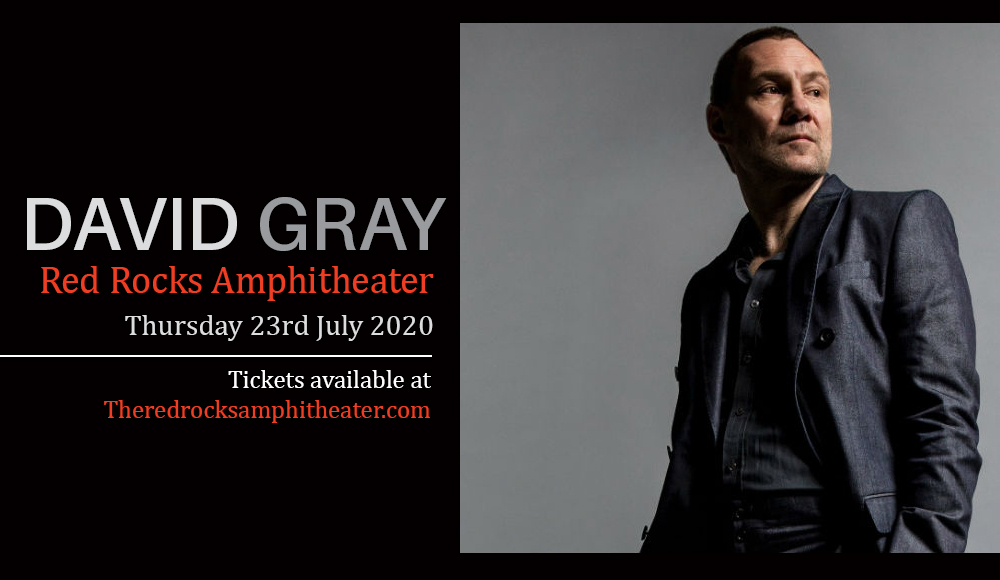 David Gray is a British singer-songwriter. He released his first album in 1993, but did not get the attention it deserved until six years later. "White Ladder" zoomed to the top of the UK charts; then made the Top 17 in the United States. "White Ladder" just kept moving upward as the fifth best-selling album of the 2000s in the UK, and ranked as the tenth best-selling album of the 21st century in the United Kingdom. The album has also given Gray nominations for four Brit Awards – twice for Best British Male artist.

Twenty years after, "White Ladder" has not only established outstanding chart performance, it has impact the lives of many music lovers through the years.

On the anniversary and reissue, David Gray said: “It’s the 20th anniversary of White Ladder, a unique record with its own remarkable history. Jammed full with big, open hearted songs and flooded with a raw emotional energy. It’s an album that came from nowhere to steal the hearts of millions all over the world, completely transforming my life in the process.

“What happened with White Ladder involved more than music. It was a sort of heart and soul moment of total surrender for everybody involved, for me and the audience. That was it. It doesn’t get any better than that.”, says Gray.

“Twenty years on and it feels like White Ladder is just as alive for people now as it was back then – so to celebrate this milestone, I will be releasing a special anniversary version of the album and assembling all the original band members with all the original equipment, in order to take White Ladder out on the road and recreate the record in its entirety”, Gray exclaims.

Join the revelry and the nostalgia as David Gray rocks the Red Rocks! Book your tickets now!