Rising from the ashes of Grateful Dead is, Dead & Company at Red Rocks Amphitheater on Tuesday, October 19th, 2021. Buy your spot on the rocks for the stadium-packing jam rockers Dead and Company! Bob Weir and his merry band of not quite, but almost there, dead rockers and some rather spritely youngsters are ready to spin in their graves one more time. So, “Let The Good Times Roll” on the rocks, as Bob is “Playing In The Band” all night long till we hear the “Little Red Rooster” crowing “All Along The Watchtower.” 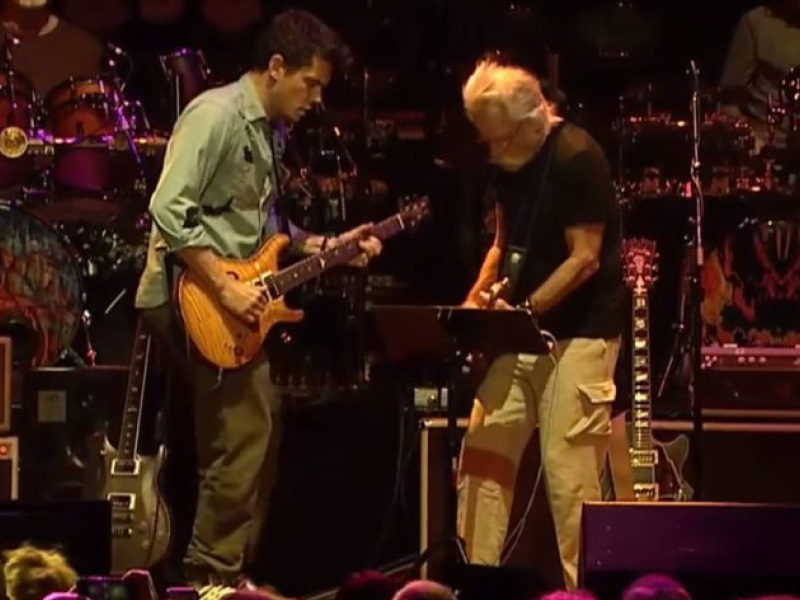 The Dead & Company are, comprising part of the original pioneers of rock, that legendary band, the Grateful Dead, from way back in the swinging 60s, the rhythm devils, Mickey Hart and Bill Kreutzmann on drums, and not dead yet, legendary dead member singer and original songwriter, Bob Weir on guitar, alongside young guns John Mayer on guitar, Oteil Burbridge playing bass guitar, and Jeff Chimenti on keyboards.
At 72, Bob Weir’s voice retains the ragged weariness of a spiritual vagabond, his rhythm guitar playing remains rugged and steadier than when he first discovered Garcia playing the banjo alone at a Palo Alto music store on New Year’s Eve, 1963. While Weir, Kreutzmann, and Hart have been playing the same backlog of songs, and with each other, for over half a century, the entire band’s groupthink is still reaping benefits from this continuous practice. The whole band's performance is a psychedelic sprawl, that showcases the individual talents within the band, as well as the deft ensemble playing this group is more than capable of. Pioneering an eclectic fused style of rock, country, jazz, and more into what is one of the most influential sounds from their era. The Grateful Dead has impact music around the world and was ranked as one of Rolling Stone’s top and greatest artists of all time!