Deadmau5: We Are Friends Tour Tickets

Get ready for some seriously new EDM, Deadmau5 presents We Are Friends Tour at Red Rocks Amphitheater on Friday. November 4th 2022. Deadmau5’s We Are Friends tour, will support the upcoming 11th edition of the, We Are Friends compilation series, will be headlined by deadmau5 with Nero, Morgin Madison, and Lamorn sets here at Red Rocks. We Are Friends has been part of deadmau5’s label mau5trap since 2012 and continues its forward-thinking nature by featuring the sounds of their newest, brightest artists, giving them the opportunity for airtime and exposure. Grab some tickets and come along to the freshest night of EDM this year. 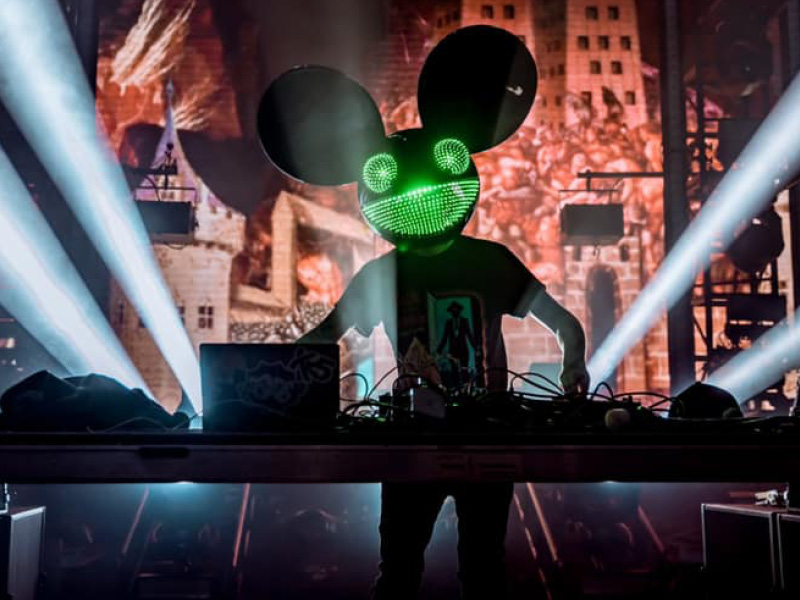 For years, deadmau5 has used his We Are Friends releases to showcase the incredible music producers that release music on his flagship mau5trap label. Now, he's using his platform in an even bigger way. The tour is a celebration of the 11th installment of the music compilation, which will be released later this year, in the meantime deadmau5 has transformed it into a brand-new live experience, dedicating it to the next generation of mau5trap stars. While specific details pertaining to the upcoming album are not known at this time, it's safe to assume a handful of the artists joining deadmau5 on the tour will be featured.

EDM icon and known party starter Deadmau5 is an electronic music DJ and producer best known for performing with a mouse head during live shows. The Grammy-nominated artist, whose real name Joel Thomas Zimmerman, from Niagara Falls, Ontario, has released global hits like “Ghosts ‘n’ Stuff,” “Professional Griefers,” “Sofi Needs A Ladder,” “Strobe,” “Pomegranate” with The Neptunes, and “Escape” as Kx5 with Kasakde.

Nero, a British dubstep trio, composed of members Dan Stephens, Joe Ray and Alana Watson, will perform a DJ set. The group’s hits include “Me and You,” “Doomsday” and the 2013 Grammy Award-winning “Promises.”