Are you ready for some filth?! The dirty Reggae-rock band Dirty Heads are coming to Red Rocks Amphitheater on Wednesday, June 30th 2021 with very special guests Tribal Seeds, Hirie and Denm! Oh, it's going to be a filthy night out at the Red Rocks, grab your tickets right here and get ready to rock! Their brand-new single, Earthquake Weather, is out now, off their upcoming album, California Island, that should be along very shortly, so look out for some brand-new songs tonight! 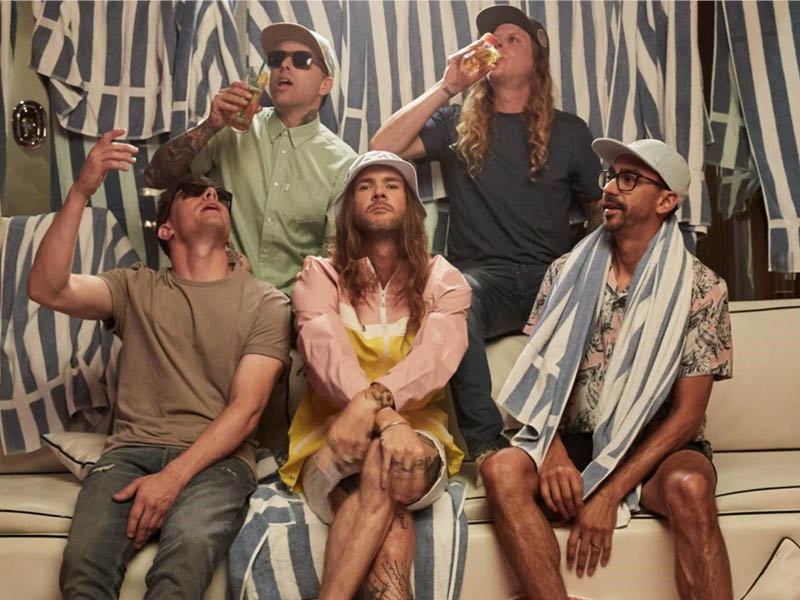 Following in the footsteps of their California brothers Sublime, Huntington Beach’s Dirty Heads mix hip-hop, reggae, and rock along with that laid-back South Cali attitude. Dirty Heads was first formed by Jared "Dirty J" Watson and Dustin "Duddy" Bushnell, then later came percussionist Jon Olazabal, drummer Matt Ochoa, bassist David Foral and keyboardist Shawn Hagood. The band's seventh studio album, Super Moon, released in 2019, Jared "Dirty J" Watson describes it as "a 70s sci-fi kung fu Western car chase soundtrack," the album peaked at number 116 on the US Billboard 200 Chart. Their brand-new album, California Island, is due out this year. Asked whether the Dirty Heads' reggae-rock vibe is influenced by Sublime and if they considered the band an Influence. Dirty J replied "I definitely do. We grew up listening to it. We came from the area and knew a lot of the same people, but we're obviously much younger. We met Eric and Brad a long time ago. Lewis Richards has produced our stuff. It's almost the same camp. But we are thinking forward. We're not trying to sound like a '90s band. We're still progressive in our music, even though we do have a vintage sound sometimes. The Black Keys inspire us to have warm sounds that have a lot of soul in it, but still be new and relevant."