Synth-pop siblings Disclosure are bring the party to Red Rocks Amphitheater on Tuesday 17th May as part of their North American Spring tour! Promoting their most recent album, Caracal, the English twosome will be blasting out the hits, including “Omen” feat. Sam Smith and “Magnets” feat. Lorde as well as some of the other tunes from their already impressive career! Get ready to dance the night away to some of the best house around! 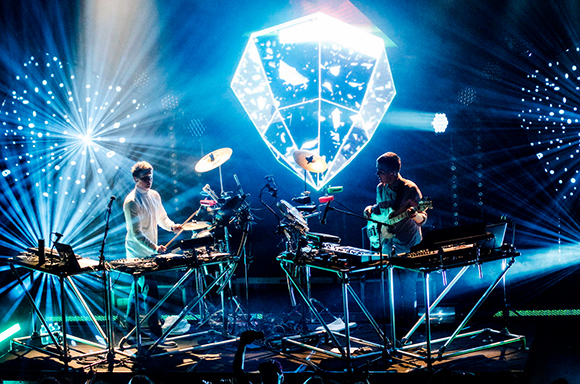 Disclosure are an English EDM duo consisting of brothers Guy and Howard Lawrence. The pair's first single, "Offline Dexterity," was released on 29 August 2010 leading them to sign to PMR, with whom they released their second single. Their first UK hit was “Latch,” which featured Sam Smith and reached number 11 in the UK Singles Chart. 2013 saw more success for the Disclosure boys, with two consecutive top 10 hit singles in "White Noise" (#2) (with AlunaGeorge) and "You & Me" (#10) (with Eliza Doolittle), and the release of their debut studio album, Settles. The album was instantly successful both critically and commercially, debuting at number one on the UK Albums Chart and receiving a score of 9.1 on Pitchfork, as well as being nominated for a Grammy Award for Best Dance Album. Their second album Caracal, featuring vocals from Sam Smith, Lorde, Gregory Porter, Kwabs, The Weeknd, NAO and Miguel, was released in September 2015.