"RED ROCKS I'M COMING BACK" tweeted the Australian house DJ, never failing to electrify the crowd with his EDM-house-induced sets. Performing amidst a snowstorm at Red Rocks in early 2022, Dom Dolla is marking his return to the iconic venue for a show on Saturday, 1st of April 2023. Experiencing one of the best nights of his life, the "Take It" producer is geared up for his big return, pumped up to meet his fans and catch the crowd rave to his energy-inducing house mixes. Make sure to save your spots at his show by booking your tickets now! 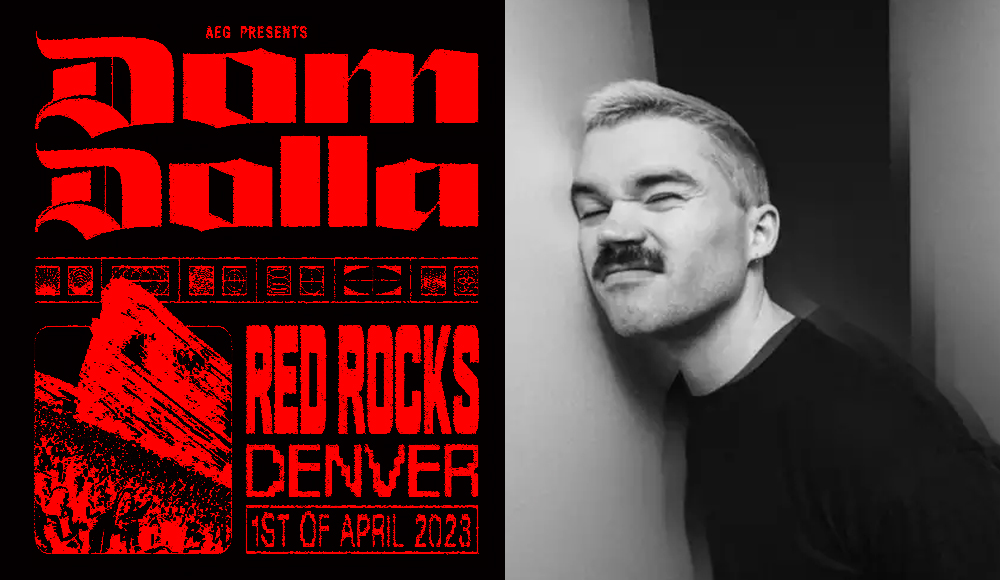 "Best set of my life," says Dom Dolla after his iconic snowstorm show at Red Rocks in April of 2022. As snow blanketed the crowd as they raved to the man's sick beats, there was no stopping Dom Dolla and 9,000 of his fans present at the venue from partying to his new single "Miracle Maker". As bounds of snow started hitting the crowd, the party just raved harder as the sold-out venue jumped and raved to his electrifying tracks.

"Sold out Red Rocks, I will never recover from last night," he tweeted. "THANK YOU!! That’s one off the bucket list." Dom Dolla shared after his miraculous set at the Red Rocks.

As 2023 comes crashing through, Dom Dolla is proud to announce that he's coming back for another huge show at the iconic venue, "RED ROCKS I'M COMING BACK" he tweeted.

Entering the scene in 2013 with his debut single "The Boxer", Dom Dolla propelled to become one of EDM's highly-sought DJs in the house scene. In 2016, he released "You", hitting #1 on the ARIA Club Chart. In 2017, he dropped his next #1 single "Be Randy" with Torren Foot. From then on, the man has been dropping #1s for the same chart with his succeeding singles "Take It", "San Frandisco", and "Moving Blind".

He's been nominated twice for Best Dance Release at the ARIA Music Awards and won the award for his song "San Frandisco" in 2020.

With the 'Miracle Maker heading back to the US with a core memory that marks the best night of his life, don't miss out on big surprises in an electrifying show led by the one and only Dom Dolla, live on stage. Book your tickets now!