Elephant Revival have crafted a blissful sound of deep rooted folk/country music to soothe your soul and keep you connected. Their performances are widely known as they aim to get every person in the crowd singing and involved with the wonderful tracks such as the beautiful; "Ring Around The Moon," "Sing To The Mountain" and upbeat "Sands Of Now" – don't miss out on this sensational evening… 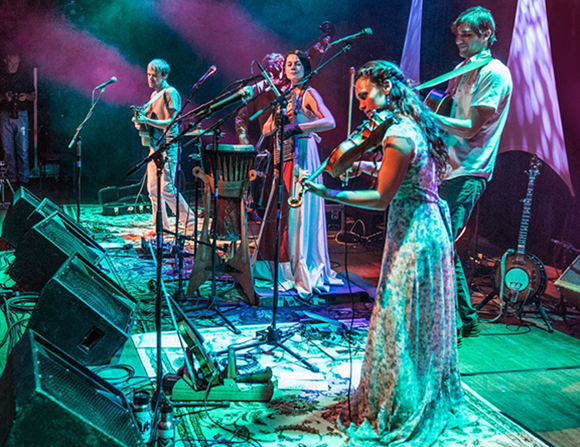 Josh Ritter is a unique singer/songwriter and guitarist particularly recognized for his Americana style and in tune story telling lyrics. His incredible music has gained him the title as one of the "100 Greatest Living Songwriters" by Paste magazine! He will be joined by his band The Royal City.

Rising Appalachia are one of the most unique and innovative folk acts around, formed by two sisters, Leah Song and Chloe Smith. These girls are so musically talented, with their vocal abilities and banjo/fiddle playing skills, backed with a band filled with world instruments – they will blow you away. Their lyrics are matched with the times as they discuss world issues, with a hiphop infused twinge. Yet they successful keep their Southern Appalachia and New Orleans country roots very clear within their sound. And when you thought that was enough to convince you… their live performances are often joined by many special guests, transforming the stage into a circus, acrobatic, fire spinning experience!